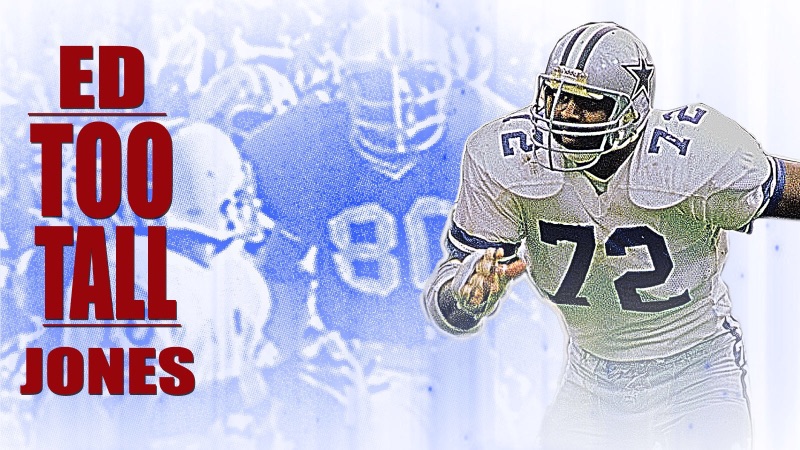 In 1974, Ed “Too Tall” Jones made history by becoming the first player from a Historically Black College or University to be selected as the No.1 overall pick in the NFL draft.

Ed “Too Tall” Jones arrived to Tennessee State on a basketball scholarship in 1970. However, after Jones spent a couple of seasons playing on the team, legendary head football coach John Merritt convinced Jones to give up basketball to focus on football.

The move worked out for Jones as he went on to have a successful football career.

Tennessee State was not prepared for a football player of Jones’ size to suit up for the team, so Jones was given a uniform that didn’t quite fit. Much to the delight of his teammates, Jones ended up looking like a child who had outgrown his clothes. His appearance led teammates to call him “Too Tall” because he looked too tall to play football.

Jones left TSU as the school’s second leading sacker, having amassed 38 for his career. His collegiate performance got the attention of NFL teams from around the country.

He was drafted by the Dallas Cowboys with the first overall pick in 1974, making him the highest player ever drafted from a HBCU. Jones’s talents carried over into his professional career. He set the Cowboys’ record for games played with the franchise, was named All-Pro three times and helped the Cowboys win Super Bowl XII.

During his career, Jones tallied 106 sacks and 19 fumble recoveries.