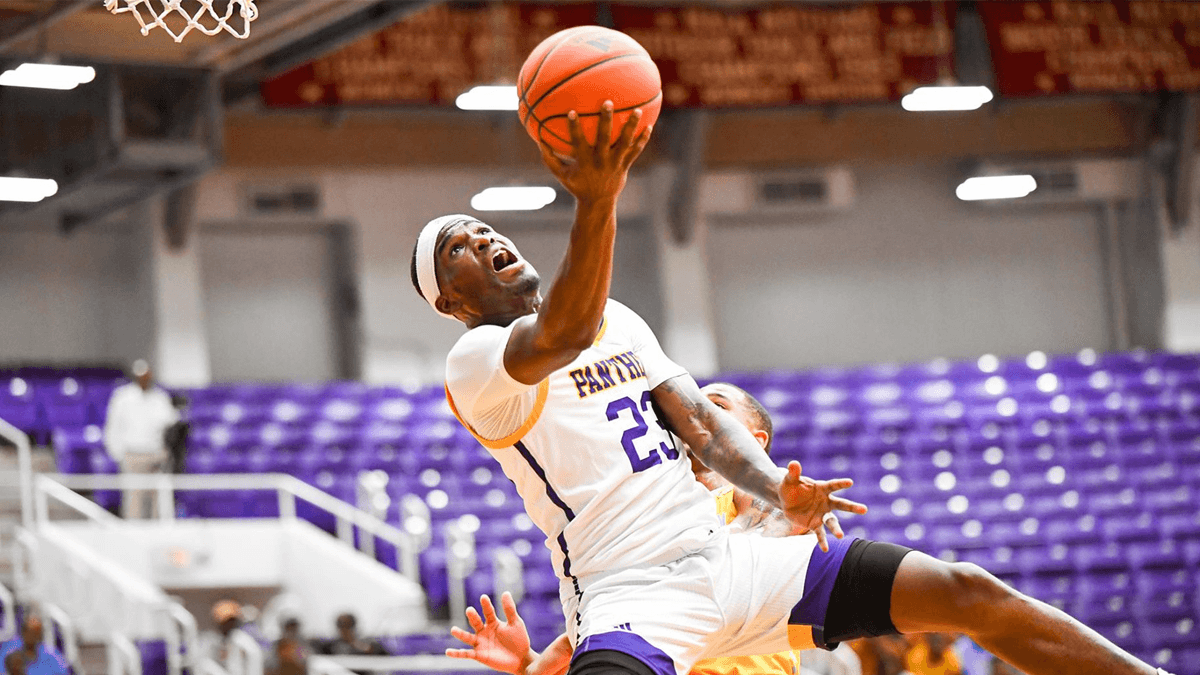 Prairie View sweeps player and coach of the year

BIRMINGHAM, Ala. – Prairie View A&M University forward Devonte Patterson was named the 2019-20 Southwestern Athletic Conference Men’s Basketball Player of the Year. The announcement comes as part of the league’s announcement of its 2019-20 all-conference teams and individual specialty award recipients.

The teams and individual awards were voted on by the league’s head coaches and sports information directors.

Patterson was third in the league in points per game (15.8) per game, and ranked fourth in rebounds per game (6.4 rpg) while also ranking near the top of the conference in field-goal percentage (.463).

McKinnis averaged 9.3 points per game and led the league in blocks at 1.9 per outing while serving as key factor for a JSU defense that ranked second in the league in points allowed per game (67.4 ppg).

Griffin was a key member for the Jackson State Tigers this season ranking sixth in the league in points per game (15.3 ppg) and third in rebounding (6.5 rpg).

Smith guided the Panthers to their second regular-season championship since 2003, posting a 14-4 record in SWAC play (19-13 SWAC). Prairie View A&M’s offense averaged more than 71 points per game, ranking third in the conference