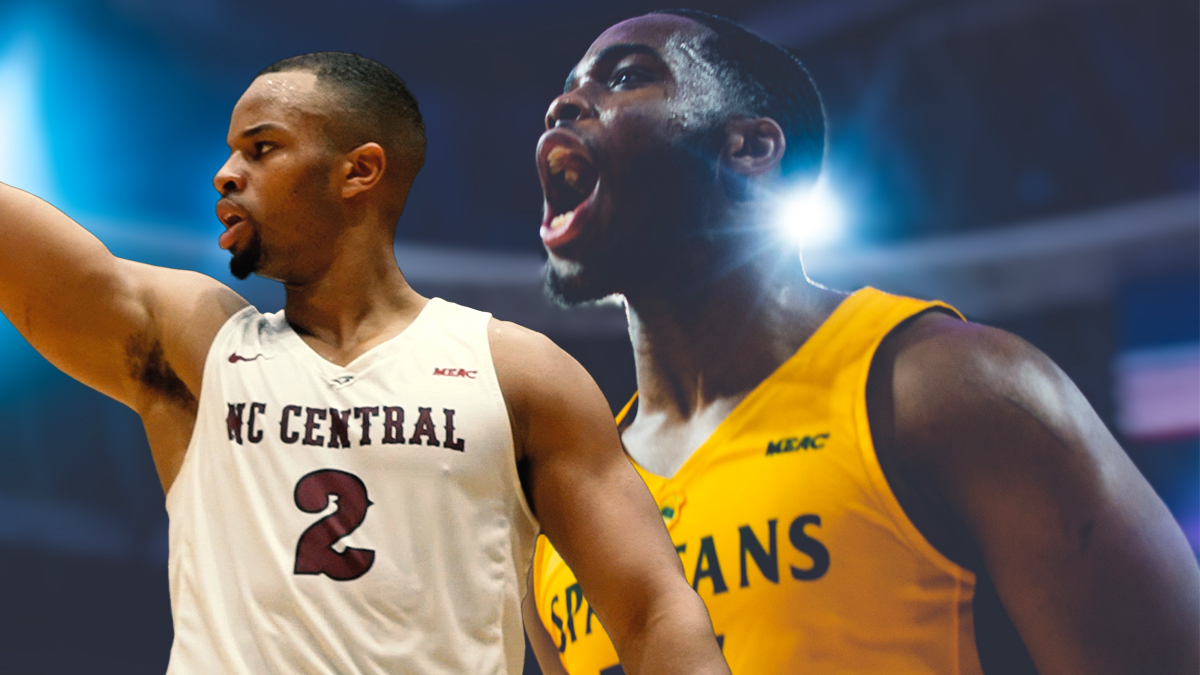 Get to know some of the players who could make the difference at the MEAC Tournament in Norfolk.

The 2020 MEAC Tournament is on — Coronavirus be damned — is on in Norfolk, VA and HBCU Gameday will be there.

Here are the brackets for the men, and the ladies.

And now, here are players to watch heading into the tournament.

The Aggies have a lot of talented pieces, but Langley and Jackson are the one-two punch that makes the engine go.

Langley leads the nation in assists (7.7 per game) and recently became the school’s all-time leading assist man. The junior point guard is excellent at running the team and can score at times too.

Jackson leads A&T in scoring at just under 14.7 points per game on a solid 54 percent, many of them perfectly timed alley-oops from Langley. He’s also a defensive anchor that can pose problems for MEAC big men.

This young man was MEAC Player of The Year, and for good reason. The senior put up 19.2 points per game and shot 53.2 percent from the field while playing huge minutes for coach LeVelle Moton.

Blount was a role player on last year’s team, but if NCCU is cutting down the nets for a third-straight year, it will be because the best player on the court played like it.

The Richmond, VA native’s season has been a mixed bag. Williams declared for the NBA Draft after last season and had offers from bigger DI schools, but chose to come back for his final year.

HU enters the tournament as the tenth seed, just 3-28 on the season. Williams has been a bright spot, averaging 18.8 points per game and setting a new conference scoring record. He’ll need to have a big game if HU is to get past a tough SC State team.

The Fayetteville, NC native is one of the more talented players in the MEAC, although his stats this season would suggest otherwise.

After promising sophomore and junior campaigns, it looked like Applewhite would be a force to be reckoned with in his senior campaign. For some reason, however, his shot attempts are down though he still shoots the ball at over 50 percent. If SCSU wants to advance past Wednesday for the first time in a while, it will HAVE to get him the damn ball.

Bethune-Cookman might be the scariest team outside of the top two and Pope, “The Moses Malone of The MEAC,” is a big reason why. The big man is an automatic double-double (17 so far this season) with averages of 14.2 points and 11.9 rebounds to go along with a block and a steal per game.

Jermaine Bishop leads NSU in scoring at better than 15 ppg, but Whitley Jr. is the horse that drives the engine. The swole guard (they call the man Diesel) is third on the team in scoring (10.1 ppg) and leads in assists (3.2 app). His ability to drive and dish, knowing when to pass and when to finish, could help the home team get on a run and return to the title game.