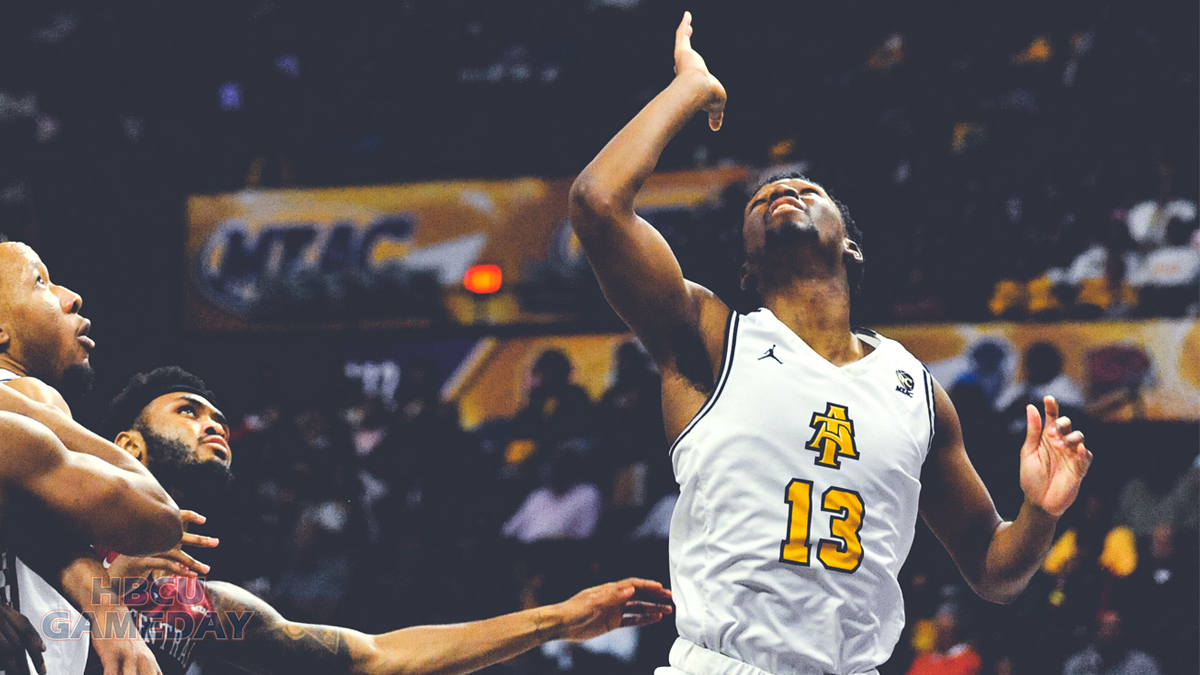 Kameron Langley has been one of the most slept on players in the MEAC the last two seasons. The league better wake up.

The 2017-18 North Carolina A&T mens’s basketball squad will be remembered as the team the brought respectability back to the ruins of a basketball dynasty.

The previous season A&T went just 3-29 overall, winning only one Division I game all season, albeit a big one against rival North Carolina Central. But losses to lower division opponents and conference foes had A&T named the worst college basketball squad in America on national television.

The 2018 Aggies went 20-15, the team’s largest win total in a quarter century. One of the players on that team was a freshman from Greensboro named Kameron Langley. Langley was a 6’2 point guard from Southwest Guilford who, despite his freshman status, stood out for his poise and playmaking ability even then.

He came into the MEAC in the same guard class as R.J. Cole at Howard, so winning Rookie of The Year was out of the question. Last season Langley was solid with 7.1 points and 6.5 assists per game and a pest on defense with 1.5 steals per game.

Despite those solid numbers, he was left off all of the All-MEAC teams following the 2019 season. It was a shame last season, but with six weeks left in the 2020 season, it would be a downright travesty if he were slighted again.

Langley is currently the engine that makes the second-ranked Aggies go. The junior is averaging 8.8 points, 6.7 assists and 5.1 rebounds per game along with two swipes per game.

The numbers just tell part of the story. Those assists often include timely alley-oops to jumper extroidinare Kwe Parker or no-look feeds for easy dunks to big man Ron Jackson. But they  don’t show how many times he has steadied the fast pace that the Aggies have been playing under acting head coach Will Jones in January.

He’s like an old soul on the basketball court, it’s almost like the kid has been here before. He’s not a big 3-point shooter, and no one will confuse him with Parker on the fast break. But its like every dribble is deliberate, bouncing on the floor in synch with his eyes, which never seem to stop roaming the floor for an open teammate. When he does decide to shoot, he uses his body to get separation from the defender while gets as close to the basket as possible. You get the feeling that the Aggie basketball gods of Cal Irvin and Don Corbett are watching with approval from above.

He’s been especially consistent in the last three games, averaging better than 17 points and just under 12 assists and an incredible four steals per game as A&T has held off Morgan State, Bethune-Cookman and Delaware State.

Monday night’s game against DSU was another feather in his cap as Langley notched his first career triple-double with 15 points, 12 assists and 10 rebounds in the win.

It was a banner game in a career that is nearing the record books. Langley is currently just 50 assists away from taking over A&T’s all-time lead. It’s very likely that he’ll get that record with a season to spare.

Records are great, but the team record of 5-1 in the MEAC is second only to Norfolk State. NSU will visit the Corbett Center on Saturday in a matchup that is as big as they get in early February. If A&T is to win, it will likely need another big game from its anchor. The way he’s been playing lately, you can almost take that to the bank.