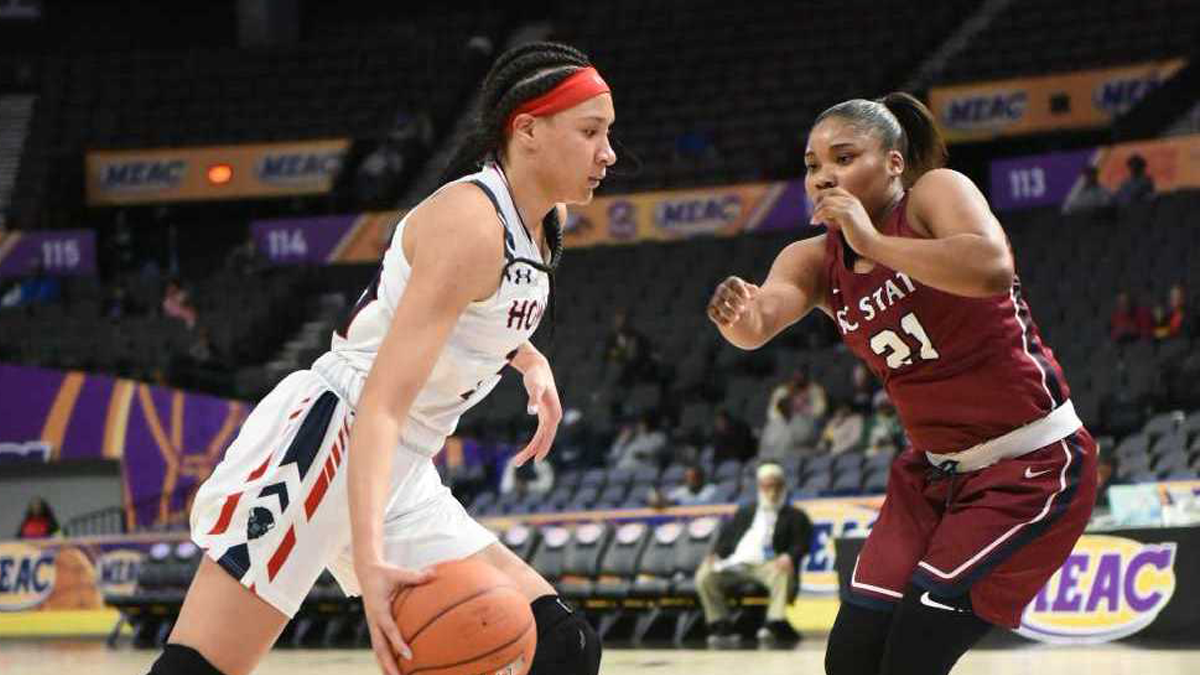 NORFOLK, VA–South Carolina State (3-26) was able to pull within four points in the final minute of the game but Howard (16-14) held on for a 79-72 victory in the MEAC Tournament opening round.

Heniaya Moten led no. 10 seed South Carolina State and all scorers with 28 points in 38 minutes of action. Jayla Thornton led no. 7 Howard with 22 points while Ayonna Williams and Imani Bryant both flirted with double-doubles.

Williams scored 17 points with eight assists, while Bryant had nine points and 11 rebounds.

Howard led 45-32 at the break before South Carolina State put together a run in the fourth quarter.

The Lady Bulldogs were down by 15 to start the fourth and trimmed the lead down to 75-68 on a Moten three point shot with 1:40 remaining. Two free throws by Chrisana Scott made it 76-72 game with 38 seconds remaining, but SCSU could get no closer.

Howard advances to take on no. 2 Norfolk State on Wednesday.