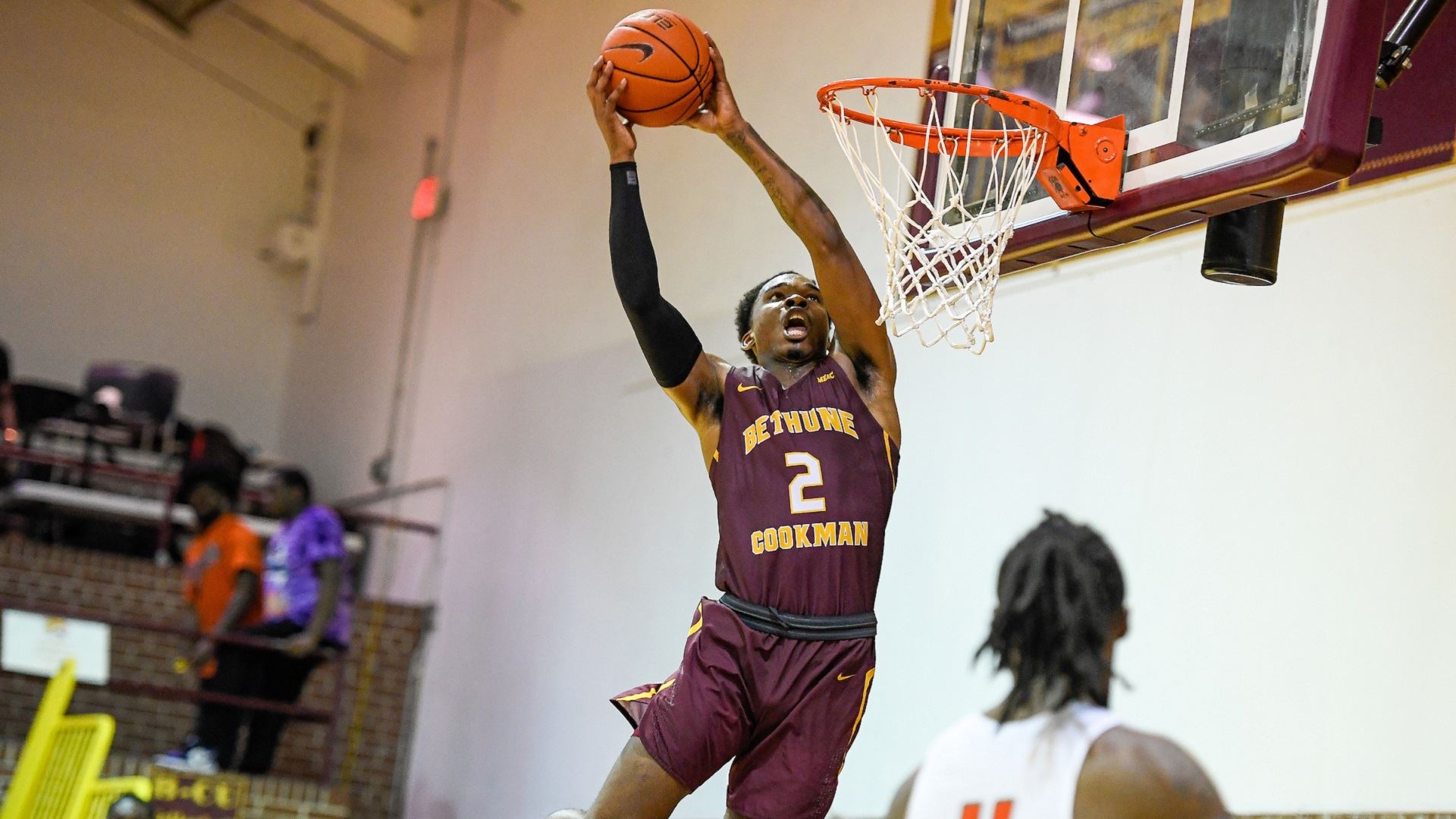 DAYTONA BEACH, Fla. | The Florida A&M University men’s basketball team had an opportunity to win the game in regulation at the foul line, but Bethune-Cookman got a clutch free throws during the final minute to edge the Rattlers, 72-70, in overtime in a Mid-Eastern Athletic Conference (MEAC) game on Thursday night at Moore Gymnasium.

MJ Randolph had a chance to win the game in regulation as he went to the foul line with two seconds left. He made the first shot and Bethune-Cookman called a timeout. He missed on the second shot as the two teams went into overtime tied at 63.

In overtime, Brendon Myles missed a 3-pointer with one second left and Houston Smith’s free throw lifted Bethune-Cookman to the conference win.

Rod Melton, Jr. led three FAMU players in double figures with 19 points, on 7-of-15 shooting, with three assists, two rebounds, and one steal. Randolph finished with a double-double of 14 points and 10 boards, along with two assists, while Evins Desir added 13 points and three boards.