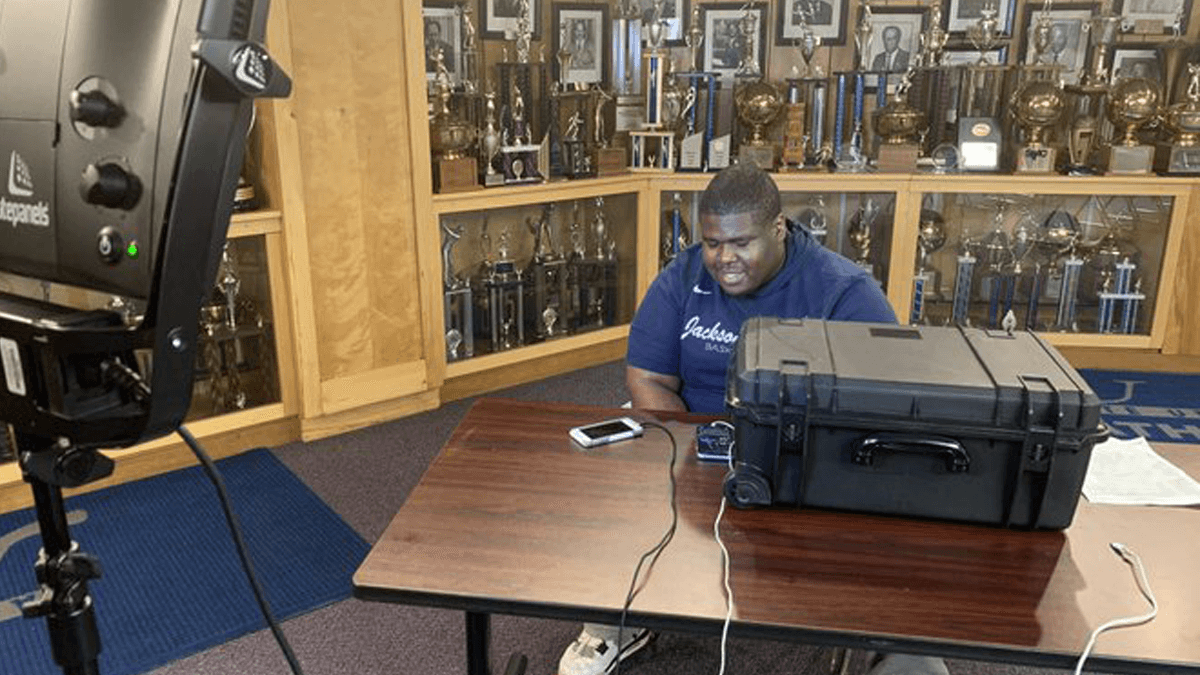 Jackson State capitalizes on viral moment with the right attitude

Jackson State has garnered millions of social media impressions and worldwide attention in the past two days thanks to Thomas “Snacks” Lee. It’s the type of moment that any HBCU would wish for but it’s not a moment that everyone could handle so efficiently.

Fielding media requests is a full-time job for a viral sensation, and your average HBCU Sports Information Director is already doing the work of three full-time people at least. So it was great to see that Dennis Driscoll, the Associate Athletic Director for Sports Media, and his office were immediately on top of their game. In my twenty-plus years of covering HBCU sports, I can easily say that not everyone has the disposition to eagerly accept this shift in attention and the responsibility that ensues.

“Snacks” has been on seemingly every major media platform this week and it’s exposure that Jackson State couldn’t have purchased in a million years. The video alone was enough but making “Snacks” accessible to delve into his own personal story was an exponential added value. It also created an explosion of logistics. JSU’s management of this moment has been nearly as clutch as “Snack’s” deep three-point shot.

I’ve dealt with Driscoll a handful of times the last couple of years and while I don’t know him well I know he’s someone who always returns a call. I’ve spoken to him while he was on the move at the football stadium just before kickoff and once while he was grocery shopping. I’m sure after this week is over and the Internet moves on to its next star, he’ll be glad when that ringer slows down.

You are the Real MVP

The SWAC was smart enough to keep the momentum going. The league announced this week that “Snacks” was the Player of the Week in the league. Of course it wasn’t based on points, and the SWAC made no bones about it, listing his social media views on his player’s card. With that as the metric, he’s easily the SWAC Player of the Year. I’m kidding but we all get the point.

Thomas “Snacks” Lee is a thing and it’s not slowing down yet, it will eventually, but not quite yet. It’s his moment and it’s well deserved and a great opportunity to represent Jackson State in front of the whole world. That three-point shot may go down as the biggest slam dunk in the program’s history.

Jackson State capitalizes on viral moment with the right attitude