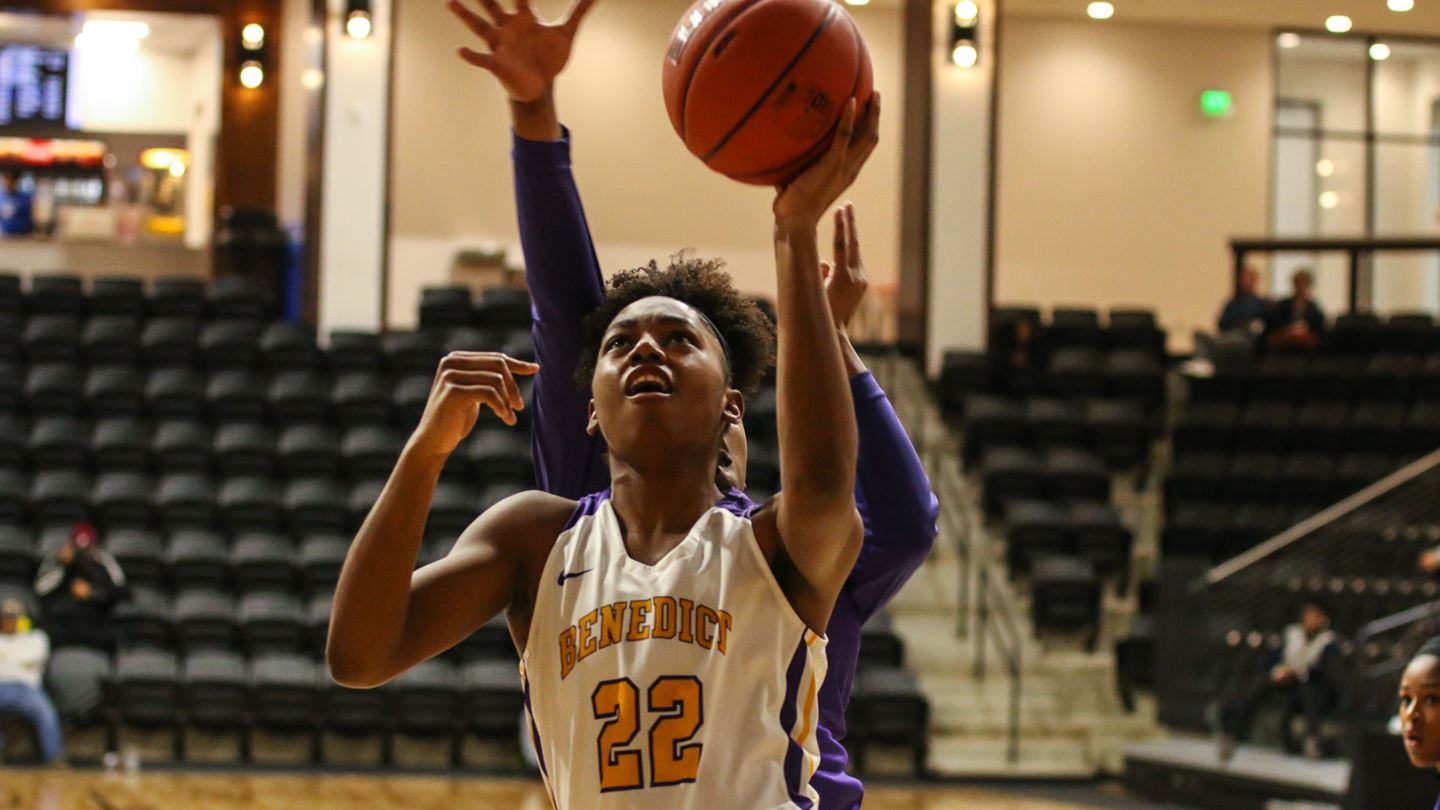 Benedict improves to 25-3 overall, while Paine College ends their season at 8-18.

Wykira Johnson-Kelly scored 14 of her 19 points in the final four minutes of the game. Mahogany Randall added 11 points on 4-of-7 shooting from the field.

The top-seeded Lady Tigers got off to a slow start, shooting 1-of-5 from the field with five turnovers in the first five minutes of the game. Paine College, a fifth seed, took an 11-7 lead with 3:01 remaining in the quarter before Benedict outscored the Lady Lions 7-3 in the final three minutes to tie the game at the end of the first quarter.

Bey scored 16 of her 23 first-half points in the second quarter, helping to give the Lady Tigers a 40-27 lead heading into the break.

Amaya Ashby started off the fourth quarter with a three to extend the Lady Tigers lead to 13 points. Paine closed the gap to as close as eight points, 60-52, with 7:51 to play, but that is as close as they would come. Johnson-Kelly led a 20-8 Benedict run to close the game out and clinch the victory.

Keondra Archie led Paine with 18 points and six rebounds on the contest.

Benedict advances to the semifinals and will play the winner of Thursday’s quarterfinal contest between Central State and LeMoyne-Owen College on Friday night at 5:30 p.m. in the Rock Hill Sports and Event Center. The winner will play for the championship on Saturday night.