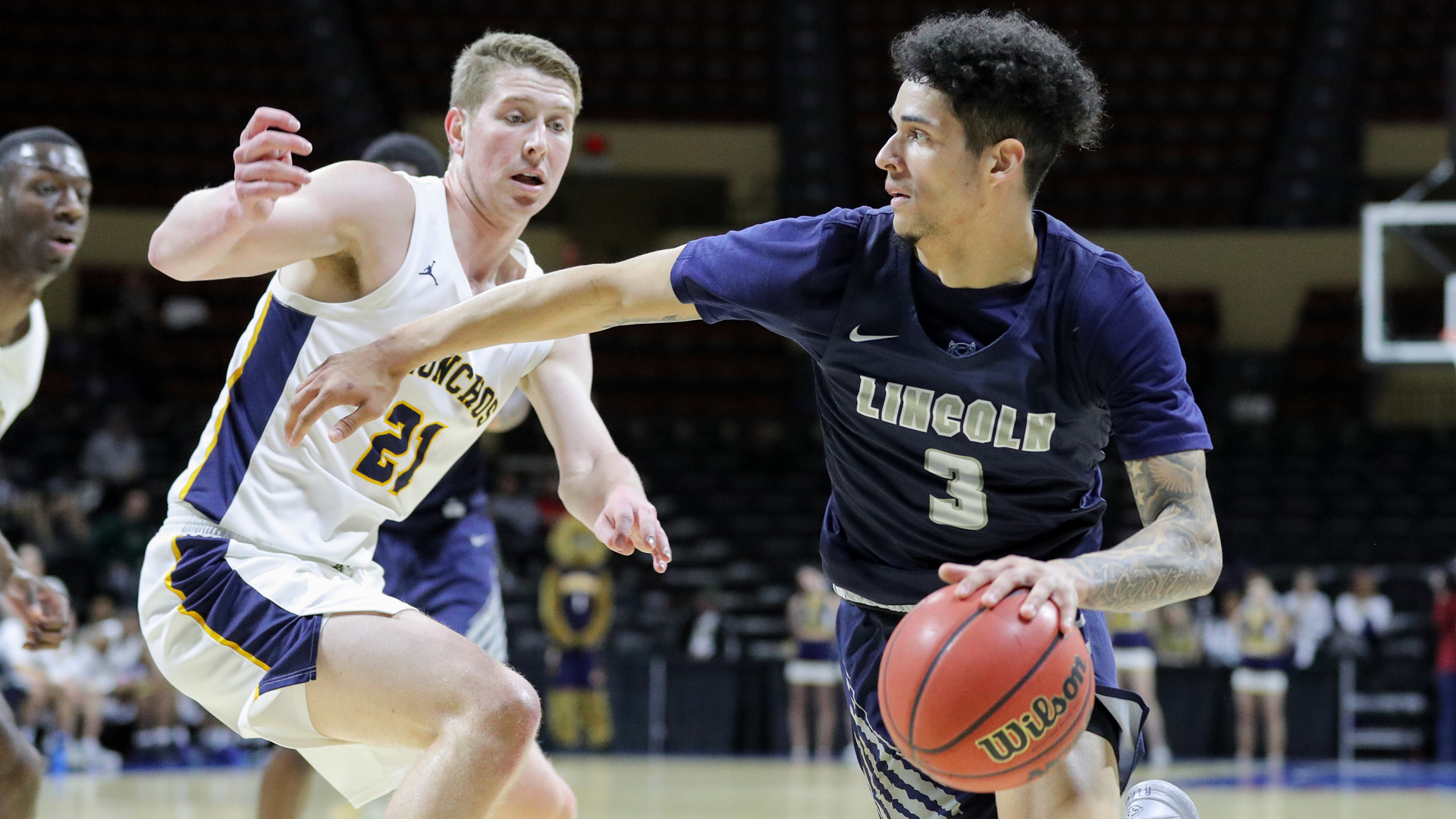 Lincoln (MO) gets tournament win, ready for no. 1 Northwest Missouri

KANSAS CITY, Mo. – The Lincoln men’s basketball team turned in one of its most complete performances of the season on Wednesday night (March 4) as the Blue Tigers defeated Central Oklahoma, 78-69, in Municipal Auditorium in the first round of the 2020 MIAA Men’s Basketball Championship.

The Blue Tigers shot .568 overall, .529 from three-point range and .760 at the line to earn their fourth postseason win in the past five years. Defensively, LU held UCO to .368 shooting from the floor, and scored 21 points on 12 Broncho turnovers. Five Lincoln players scored at least nine points, with three others chipping in six.

Lincoln (11-18) led Central Oklahoma (11-18) by four at halftime, but began to pull away in the second half as Marcus Cohen put the Blue Tigers ahead, 43-30, with a fast-break layup with 16:21 to play. Cohen was one of several Blue Tigers who arguably played their best games of the season, as he finished with nine points, seven assists, two rebounds, and a block. Bansi King, meanwhile scored 14 and tallied four assists, two boards and a steal in 34 minutes of work.

An old-fashioned three-point play later gave Lincoln a 46-32 lead, but the Bronchos would storm back to cut the LU advantage down to six with 10 minutes remaining. L’Kielynn Taylor hit a layup to end the run, and DaMani Jarrett made a pair of free throws to extend the Lincoln lead back into double digits. Taylor grabbed a team-high 12 rebounds and chipped in six points while dishing three assists. Jarrett also had six points as well as four boards, a block and an assist.

The Blue Tigers kept the lead in double figures for most of the final eight minutes, with two shots at the line by Cameron Potts ultimately giving LU a 14-point advantage. Potts ended his night with 13 point, two rebounds, an assist and a steal, as Lincoln ended the night with 18 total assists. Lincoln went 9-for-10 at the charity stripe during the final 1:37, with Jonell Burton, who finished with six points, making four of those buckets.

Marcel Burton led Lincoln with 15 points to go with two assists and a pair of steals, and Alafia Oluwasogo closed the scoring with nine points, two boards and a takeaway. DJ Ward, Lamont Ballard, Jr. and Zack Fields also represented LU on the court as the Blue Tigers advanced to the quarterfinals of the MIAA tournament.

Lincoln will be back at Municipal Auditorium on Thursday (March 5) to take on Northwest Missouri, the top seed in the tourney and the No. 1 team in the NABC Division II poll, at 6:00 p.m. CST.

Lincoln (MO) gets tournament win, ready for no. 1 Northwest Missouri