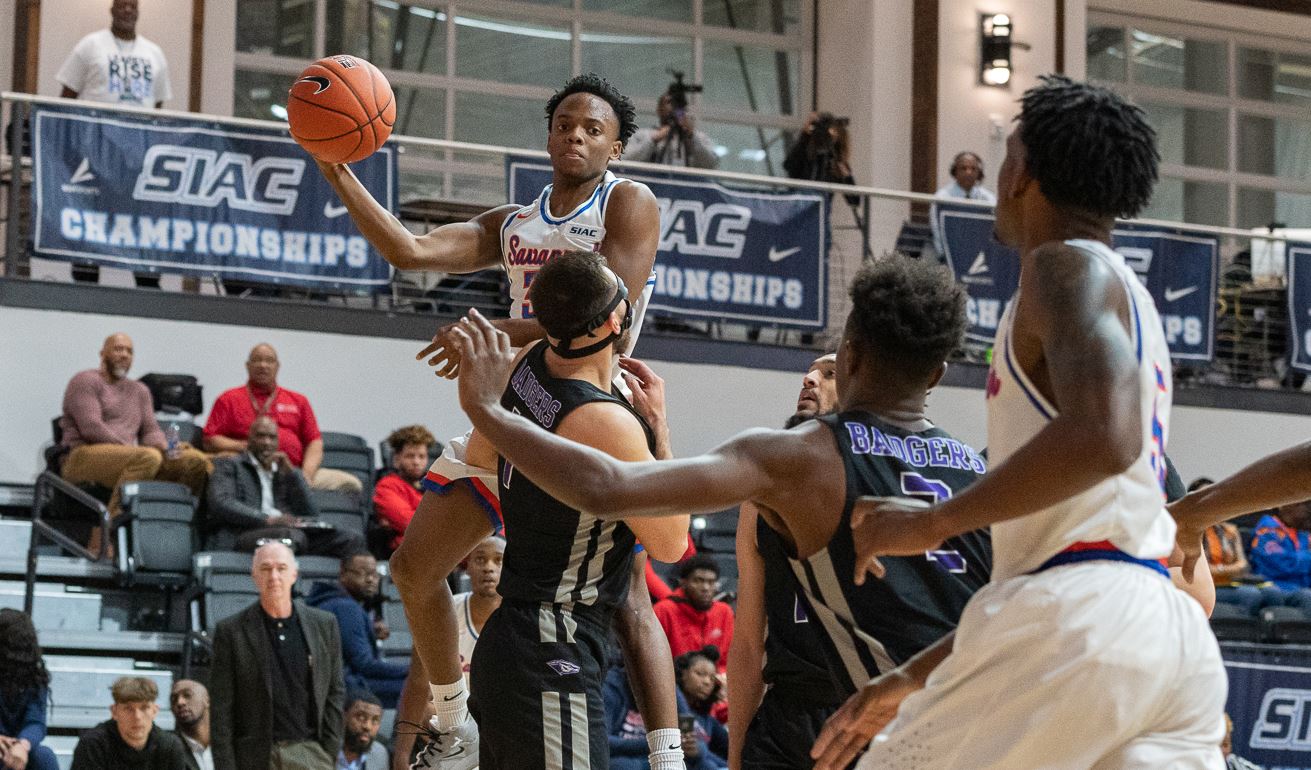 Savannah State wins first tournament game back in the SIAC

ROCK HILL, S.C. – Savannah State men’s basketball made a game plan for Monday and executed it with nearly flawless effort.

The Tiger picked up their first post-season victory during their first year of competition within the Southern Intercollegiate Athletic Conference (SIAC), beating Spring Hill 79-66 on Monday at the Rock Hill Sports & Events Complex.

“It’s always good to get a win at this time of the year, because if not, the season is over,” Savannah State head basketball coach Horace Broadnax said in a post-game press conference. “I think these guys played hard.”

The Tigers lost to Spring Hill, 72-81, on Dec. 19 in the team’s only meeting during the regular season. A big part of the loss for Savannah State in that game happened on the boards. Spring Hill grabbed 57 rebounds to the Tigers 45 that night.

Defense became the focus of Broadnax’s game plan coming into Monday’s battle. And the Tigers executed. Savannah State narrowed the rebound margin in this matchup with Spring Hill, grabbing 34 boards to their 35. They also forced 13 turnovers, while only committing nine of their own.

“They did what I asked them to do—played defense,” Broadnax said. “The last time we played Spring Hill, they really killed us on the glass. Guys played good defense, got some second chance shots. For the most part, we were able to take away some of their strong weapons.”

“That was our number one plan going into the game, offensive rebounds,” Marcus Scott said in the press conference. “We were watching film on that and we noticed that we all we had to do was limit them from getting offensive rebounds and that’s the main thing we focused on.”

Scott led the field in scoring, putting up 23 points. The freshman from Hinesville, Georgia has emerged as a team leader this season, and in the absence of leading scorer Adrian Bonds (due to injury) has become the Tigers go-to offensive weapon.

“The number one thing I wanted to do today was win,” Scott said. “It’s a big time of the year for us, so I made sure to work hard and came in with the mindset to win.”

Savannah State wins first tournament game back in the SIAC