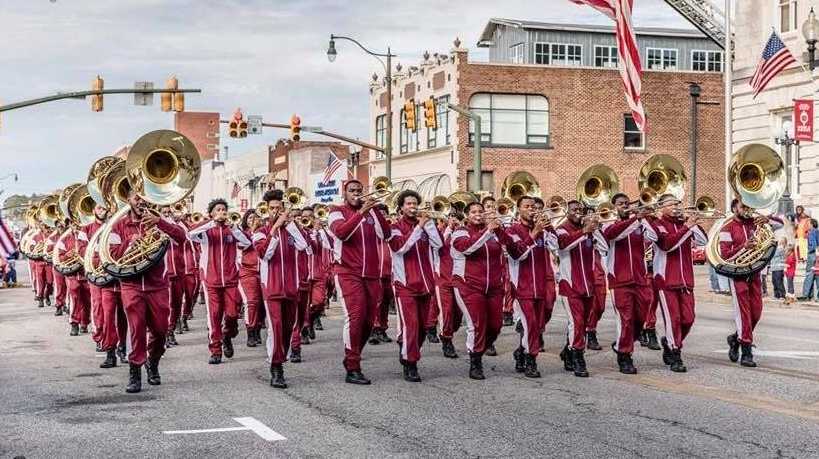 The Marching Tornadoes were performing Velvet Rope and Ms. Jackson liked it.

Talladega, AL—  Janet Jackson gave a shout-out to the Talladega College Marching Band on her Instagram story on Friday, February 28, 2020.   Ms. Jackson, who posted a video of the band performing Velvet Rope during Mardi Gras in New Orleans, LA wrote, “I LOVE IT! Y’all are STEPPIN!”

“We are thrilled to be recognized by the incomparable Ms. Janet Jackson,” said Talladega College Band Director Miguel Bonds. “It is a great honor to be praised by such a profoundly talented performer.”

“We are so thankful to Janet Jackson for giving us this recognition.  The last time a performer gave us a shout-out on Instagram, we ended up being featured in his video,” said head drum major Gantonio Stubbs, referring to the band’s recent performance with Max Schneider (MAX).

“We hope history repeats itself because we would love to perform with Janet Jackson,” said Stubbs, a criminal justice major from Atlanta, GA.

The dynamic band is comprised of 352-members