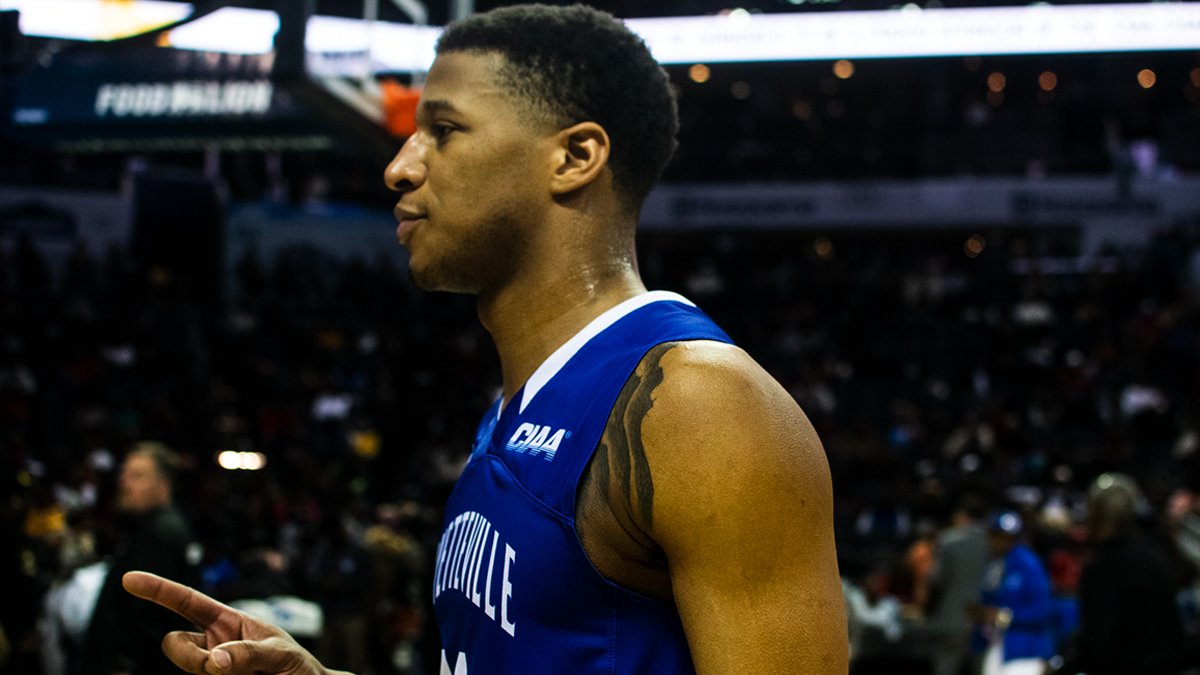 Fayetteville State is completely reborn. From three season wins and a first-round CIAA Tournament exit in 2019, FSU earned a CIAA Tournament Championship game berth on Thursday night with its 56-48 win over Johnson C. Smith, the CIAA South champions, in the Semifinals.

“The thing that we said all season long: defense wins championships,” FSU head coach Luke D’Alessio said. “We bought into it, we played tremendous defense, we out-rebounded by 10 rebounds, we held [Cayse] Minor in check for most of the game…”

FSU locked up Minor, JCSU’s leading scorer, in the first half. He was held to one shot attempt and went into halftime with no points.

“We wanted the game so much that we made the hustle plays at the end.” Coach D’Alessio said.

“Me and Dixon, we basically came here to change the culture,” Spicer said.

This is both Dixon and Spicer’s premiere season with FSU as transfers from other programs.

“In the past, I guess they haven’t been doing too good, but this is the year. This is the year we’re going to get one. Coming from where I come from, I don’t have a winning winning past, but I don’t like losing. Coach knows that, and he brought me in here to win games.”

FSU will face Winston-Salem State in the men’s championship game on Saturday at 4:30 PM. WSSU won both times the two met during the regular season, but anything can happen in the CIAA Tournament.