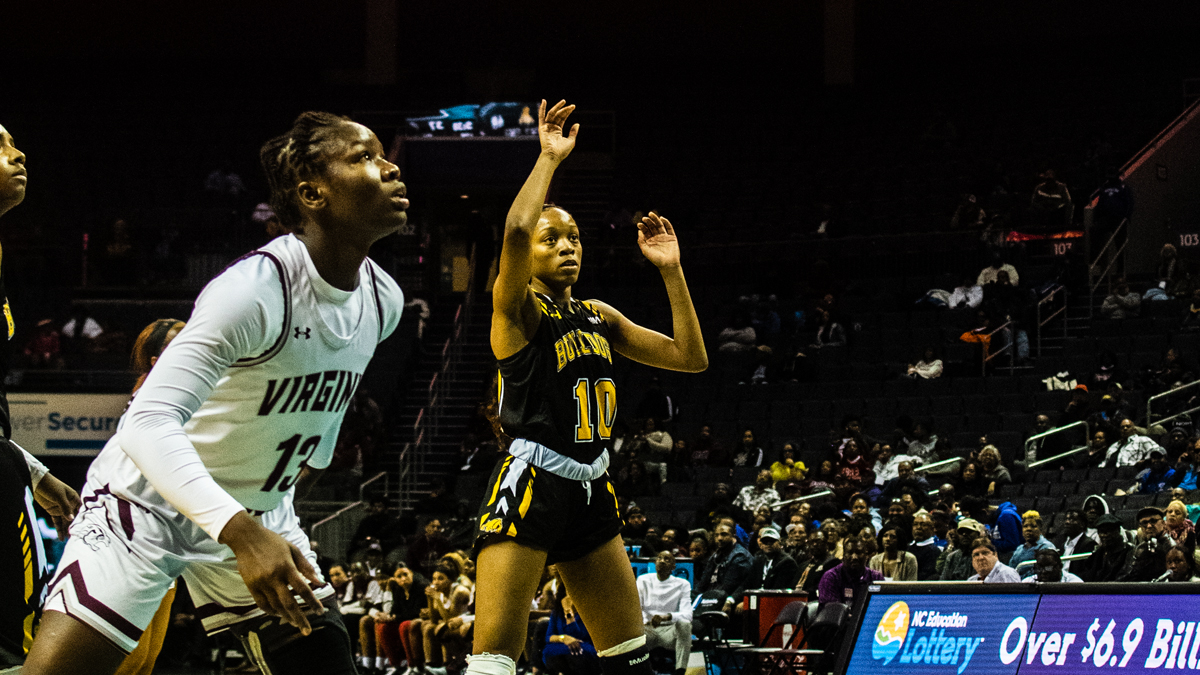 CHARLOTTE, NC– A momentum-filled Bowie State hit the floor against Virginia Union in the CIAA Tournament Quarterfinals on Friday. BSU vaulted off a hot start to take down the back-to-back champions 53-41. BSU will appear in its second CIAA Women’s Championship Game in three years, while Union’s title streak ends at two.

“I’m glad today I don’t have to come in here and talk about our slow start,” Bowie State head coach Shadae Swan said in her post-game opening remarks.

The Bulldogs capitalized on their fast start, leading throughout the game and only allowing one tie. The Panthers were held to single digits in the first and second quarter and could not recover.

“I feel like we came out with a lot of energy, we stayed composed… we were able to execute on offense, play great defense and rebound, and I think those were the keys to our success today,” Coach Swan said.

Senior guard Shawnkia McCallum’s 13 point performance led all scorers. Though she is happy with advancing, McCallum is locked in on the ultimate goal.

“I would say this is the best feeling ever, but I know we’re not done yet,” McCallum asserted when asked how the Championship berth feels as a senior.

BSU has not brought the women’s title home in 21 years. The opportunity to change that will present itself against Fayetteville State on Saturday at 1 PM. The teams met twice this season and split the series; each team won by more than 15 points on its home courts.