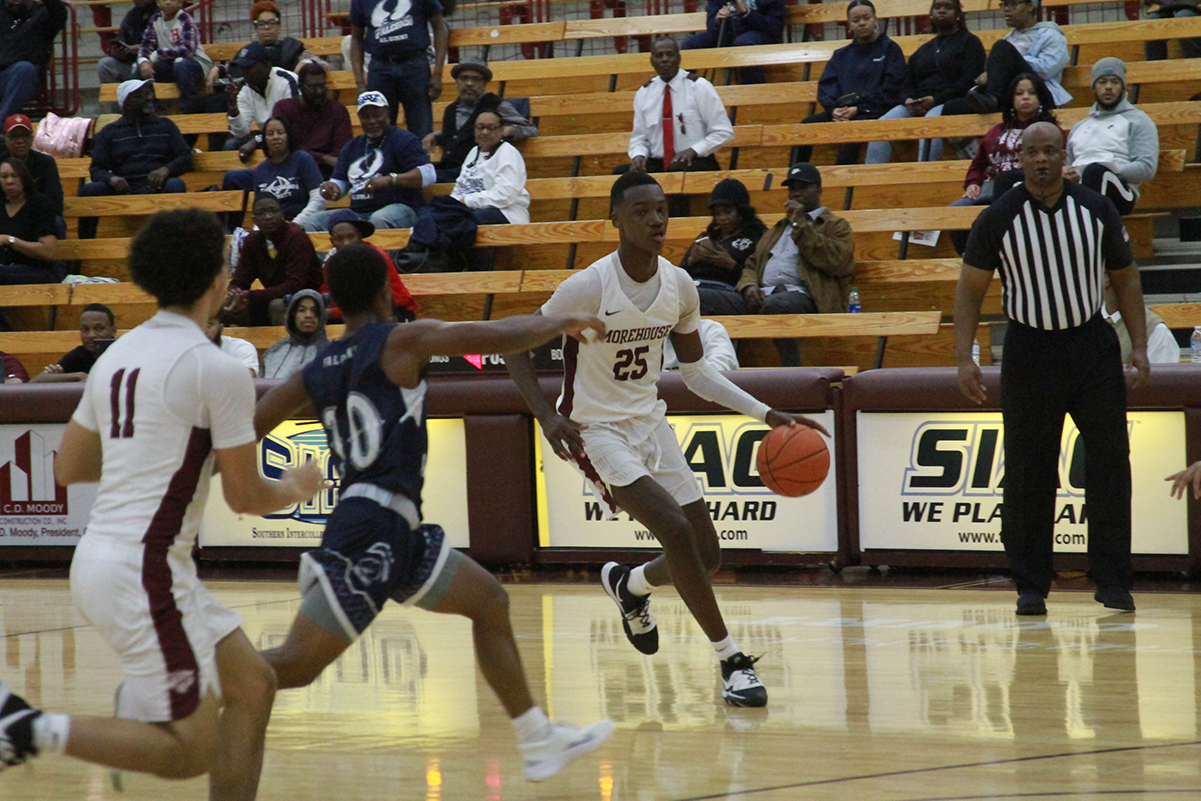 Morehouse ready for second ever game against Georgia Tech

Morehouse fills a hole in its schedule with the Yellow Jackets.

ATLANTA–The two schools are only five miles apart and even share a dual degree program. But it will be a collision of two different worlds on Tuesday night when Morehouse tips off against Georgia Tech.

Coach Grady Brewer scheduled the game for the Maroon Tigers for a variety of reasons, one being availability.

“We would have been off the whole week (after Saturday’s win versus Clark Atlanta) and that was a good contest to play an ACC school around the corner from us,” said Brewer.

The only other time the teams played was during an exhibition game in 2006. The Yellow Jackets won that game handily 96-52 in the old Alexander Memorial Coliseum.

Georgia Tech will more than likely win tonight’s game as well, but Morehouse will show up excited to play. It’s a cue given to them by Brewer.

“Wanna see how they compete against guys at that level. We aren’t afraid of them, a player is a player,” said Brewer.

Both teams are playing roughly .500 ball in their respective conferences, Georgia Tech is 9-11 and Morehouse is 9-9. Morehouse was a preseason top 25 team in Division II and favored to win the SIAC Championship. That may still indeed happen but the team hasn’t been as effective as the last couple of seasons.

Coming off a tight win against CAU this weekend, a good showing versus Georgia Tech could fuel a strong finish. That’s what Brewer is counting on.

“I want to be good in February and March, that’s the goal. Play well down the stretch and hopefully this is the start of us playing well coming into February.”

Morehouse ready for second ever game against Georgia Tech