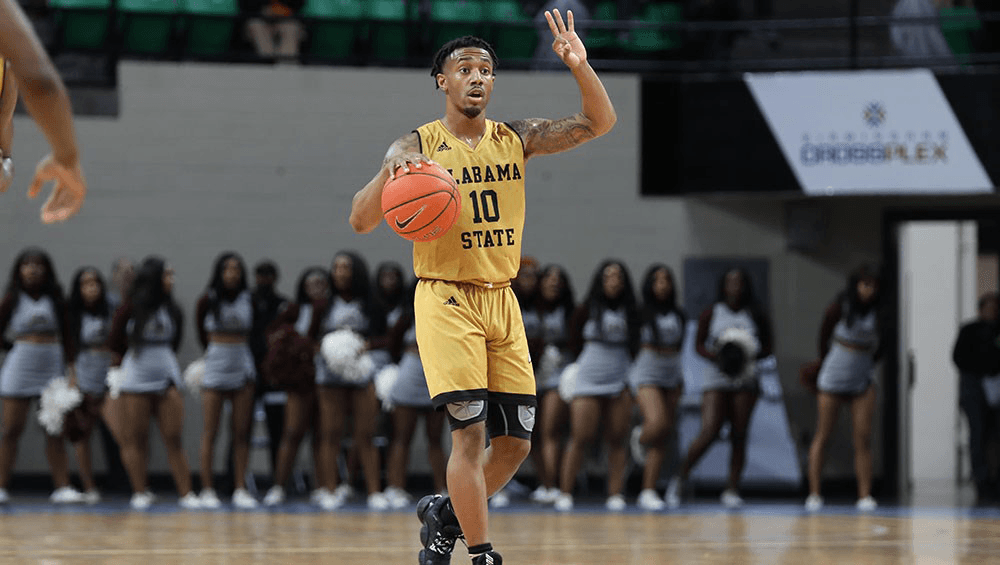 The Hornets put the sting on A&M.

Ewuosho finished with 14 points, seven rebounds and three assists to lead Alabama State (3-15, 2-3 SWAC); while Leon Daniels and Brandon Battle each added 13 points. Decardo Day finished with a season-high 11 points and six rebounds for the Hornets in the win.

In a game of runs, Alabama State had the last one and used free throws during the run to put the game away. After the two teams traded baskets for much of the second half, DJ Heath found Day on the right side of the zone who knocked down a three to put the Hornets up 56-50 before Alabama A&M pulled to within three as the shot clock went off on a three-pointer with 3:30 remaining.

However, the Hornets outscored Alabama A&M 9-3 down the stretch to pull away for the win. Ewuosho extended the lead to 60-53 with a short jumper with just 33 seconds remaining as both teams went nearly three minutes down the stretch without a point. From there, Daniels knocked down four consecutive free throws and Brandon Battle added one for the final margin.

Alabama State returns to action next Saturday on the road against Southern, before facing Alcorn State Monday night.