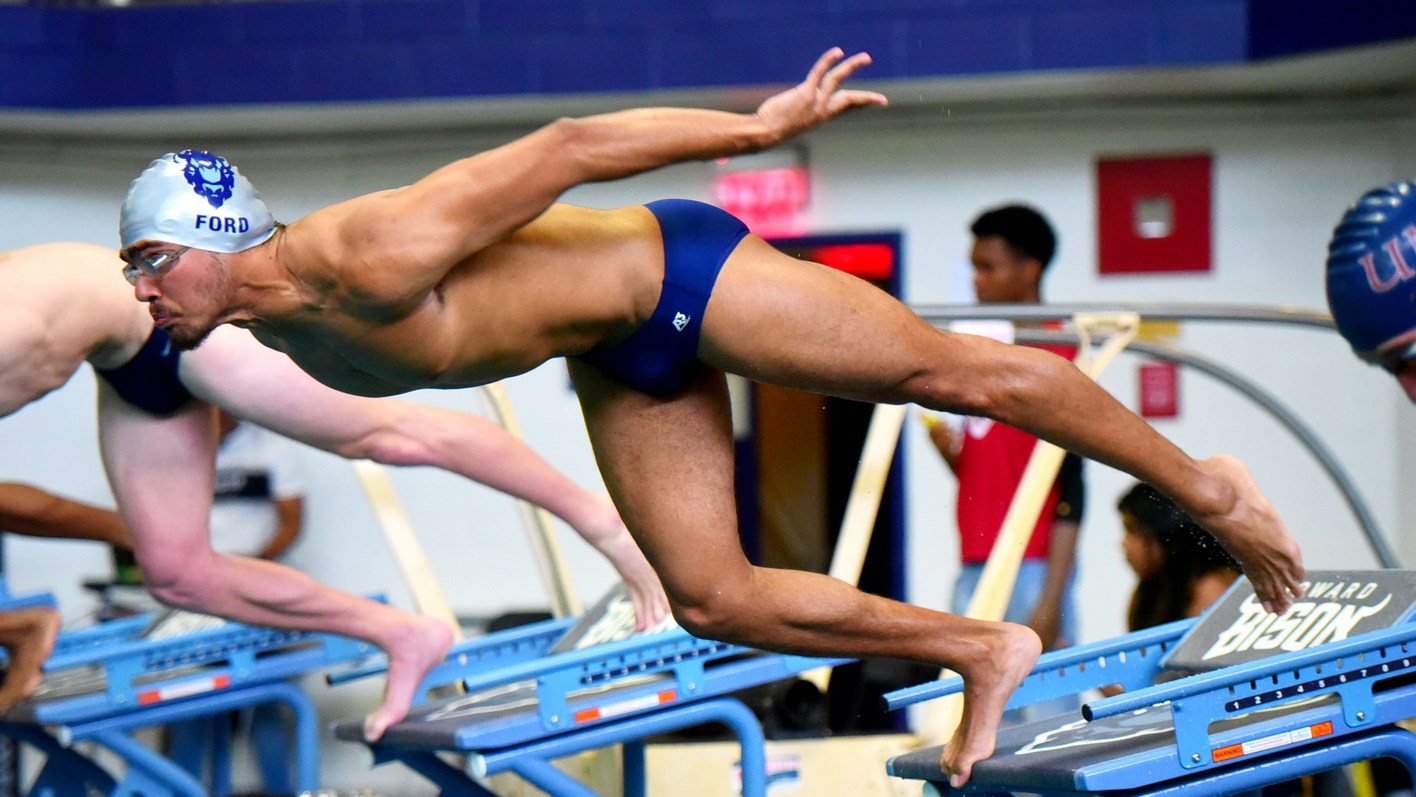 Bison improve to 4-1 at home this season.

WASHINGTON (January 18, 2020) – Howard University men’s swimming & diving team cruised past Marymount, 171-33, inside Burr Pool on Senior Day. With the win, HU improved its dual meet record to 5-2 and home mark to 4-1 on the season.

Nixon and Ford, alongside freshmen Mark-Anthony Beckles (Chaguanas, Trinidad & Tobago) and Miles Simon (Atlanta), finished first in the 200 Medley relay with a mark of 1:37.20.

Beckles and Simon also won their respective individual events while etching themselves into the program’s record book. After this weekend, Beckles sits eighth all-time in the men’s 100 Butterfly (51.55) and Simon earned No. 10 on the 200 Freestyle list.

On the board, junior Jalen Watson (Miami) continues to improve in his first year as a diver. The Miami native scored a career-best 164.30 in the 1-meter, which ranks him fourth all-time in school history.