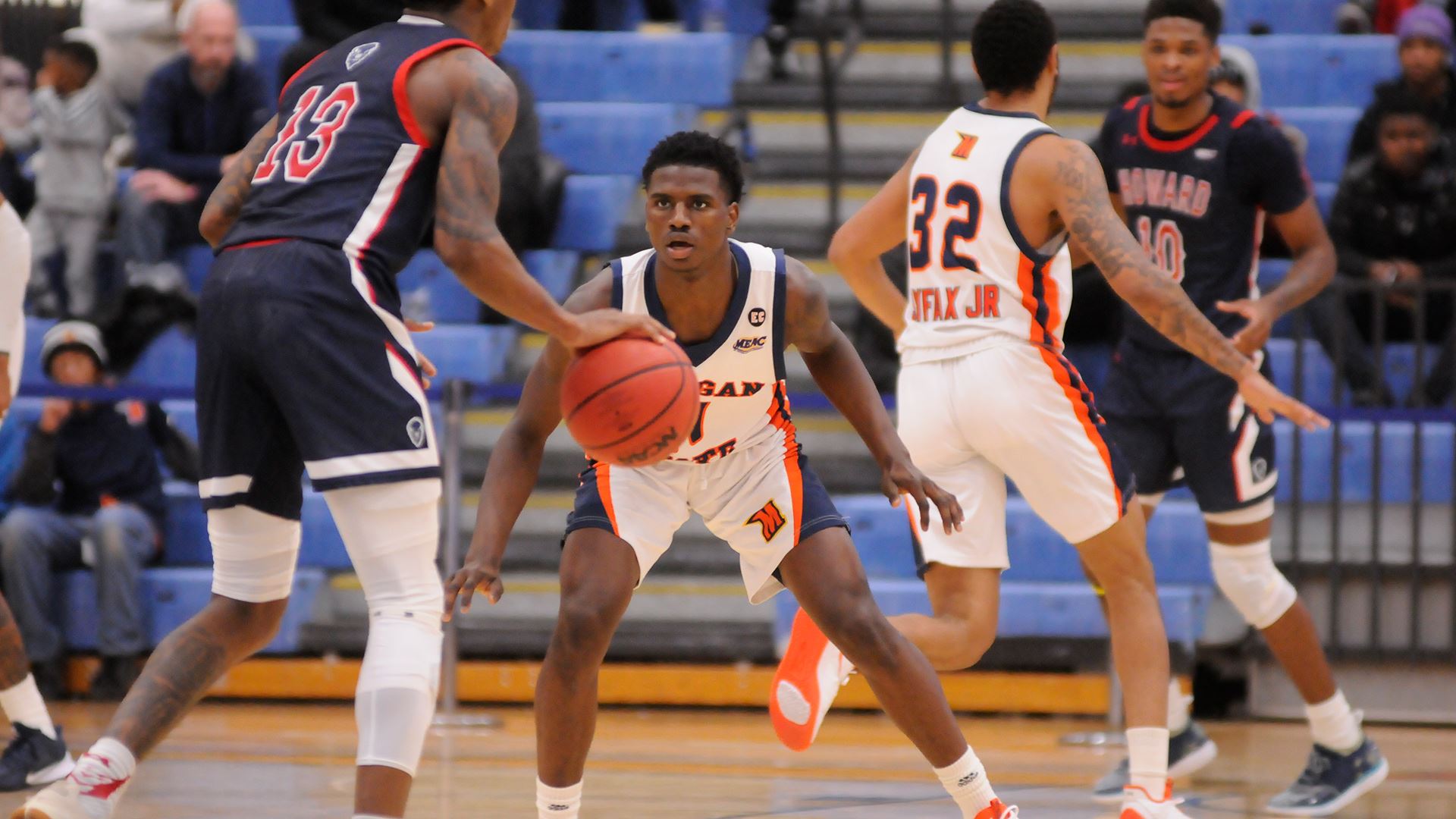 Morgan State shakes off slow start in win over Howard

Miller finished with 12 points,a game-high 12 rebounds and added three assists off the bench for the Bears.

The Bears improved to 9-11 overall and 3-2 in the Mid-Eastern Athletic Conferencewith the win. Howard slips to 2-17 overall and 0-5 in conference play and now trail the Bears 65-45 in the all-time series.

Morgan State had a 1-10 record when trailing at halftime entering this conference matchup, however, they were able to capitalize on a strong second half to defeat the Bison.

Though the Bears struggled to make shots in the first half, they were able to stay within reach of the Bison and closed the half only down 26-23.

Howard took advantage of Morgan State’s shooting woes and led for all but 38 seconds in the first half. The Bison was able to garner their largest lead of eight after a C.J. Williams (12 points) jumper increased their lead to 16-8 at the 11:28 mark of the first half.

Morgan State’s only first half lead came from sophomore Isaiah Burke (11 pts) who scored the opening basket of the ballgame.

“I told them at halftime to stop shooting threes,” said MSU head coach Kevin Broadus. “Let’s drive the ball. Let’s run our offense and get guys open. Do what we’re supposed to do and we’ll be fine.”

However, the second half for Morgan State was a different story.

The Bears went on an 8-0 run after the intermission to finally regain its first lead since it was 2-0 at the start of the game. A layup by senior Stanley Davis (9 points, 4 rebounds) put Morgan State ahead 33-28 with 16 minutes remaining.

Morgan State would go on to hold the lead for the remainder of the game.

“We got tougher as the game went on,” Broadus said. “Our guys are used to these situations, and they stepped up at the end and made it work.”

“Our defense was a lot better in the second half,” Broadus added. “We got rebounds and we got out and scored in transition. We made shots. We worked the clock in guys stepped up.”

The Bears also dominated the glass. They outrebounded Howard 45-32 with 16 offensive rebounds.

But, the key factor in making their comeback was shutting down Charles Williams who ranks third in scoring in the MEAC (18.7 ppg). Although Williams had a 10 point first half, he was limited to just two points in the second half primarily by the defensive effort from Malik Miller.

“I watched a lot of footage on how to how to guard Williams’ pull-up three,” said Miller. “So my main aspect was to force him to take a [hesitation] pull-up three and contest.”

Morgan State shakes off slow start in win over Howard