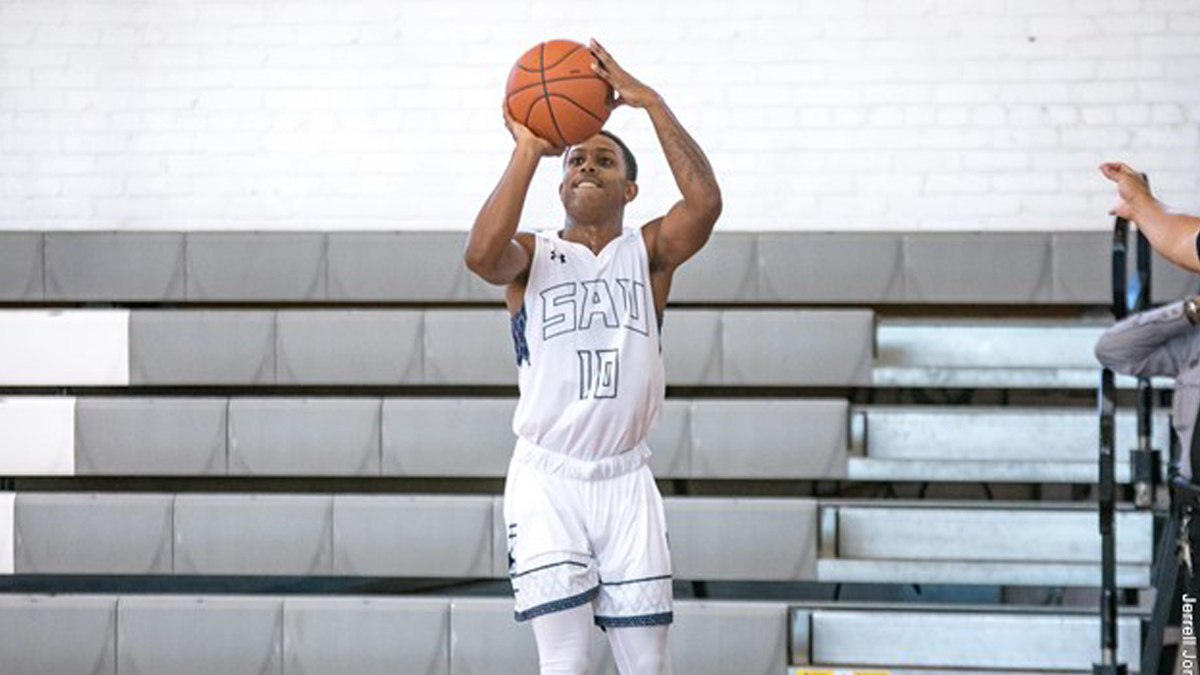 Falcon fans couldn’t breathe a sigh of relief until the final buzzer.

Gary Jefferson went 5-6 on three-pointers for the Falcons to help ward off a 28 point nine-rebound performance from VUU’s Terrell Leach. Raemadd Wright was a handful as well with 20 points and nine rebounds for the Panthers.

The biggest lead of the night was eight points for either team and the win wasn’t secured until the very end. In the last 30 seconds, a layup by Wright and a three-pointer by Keshon Tabb had the Panthers within one at 77-76 with 16 seconds remaining.

Tabb hit two free throws with eight seconds remaining to trim the lead to one but time ran out on the Panthers as Saint Augustine’s pulled off an upset in the CIAA.