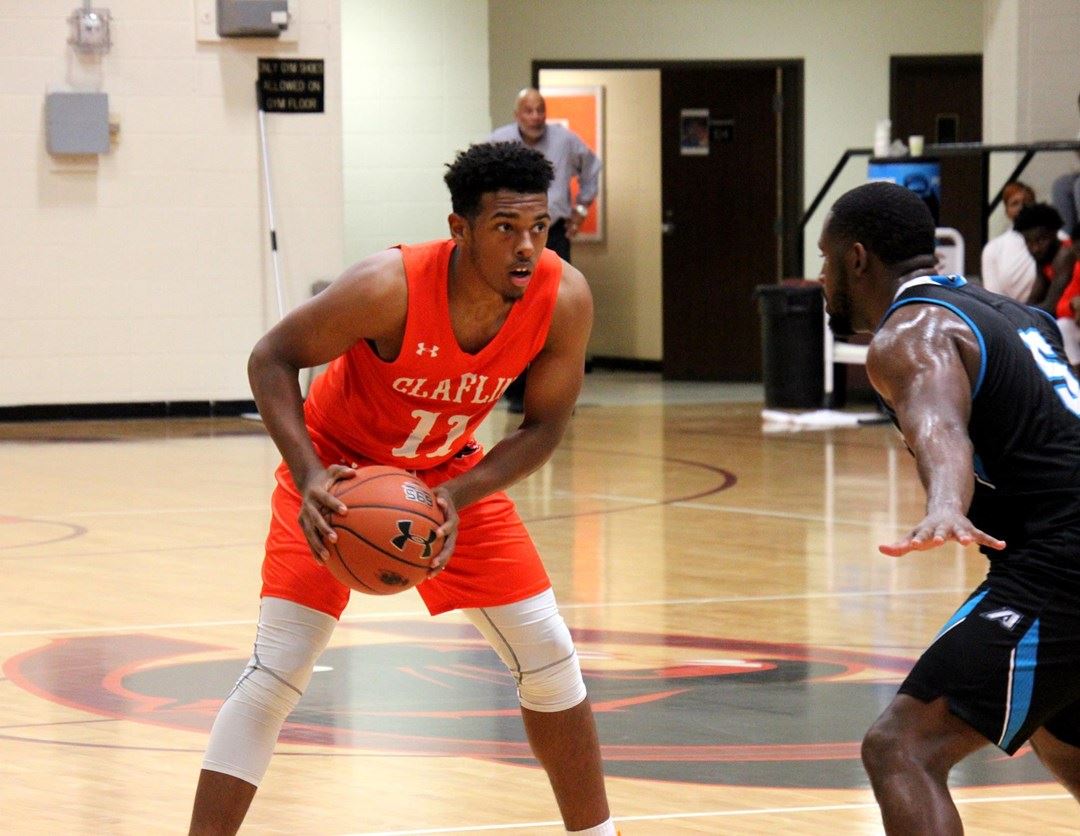 Claflin edges Shaw on the road

A late crucial three seals the deal for Claflin

RALEIGH, N.C. – The Shaw University men’s basketball team again found themselves on the wrong end of a three-point basket inside the last minute as the Bears fell to Claflin University, 79-77 in a Central Intercollegiate Athletic Association (CIAA) Southern Division matchup Monday evening inside of historic C.C. Spaulding Gymnasium.

Both teams opened the contest slowly on the offensive side as Shaw held a slim 9-8 lead at the 13:55 mark before Claflin pushed ahead 19-9 with an 11-0 run over the next four minutes. The Claflin lead grew to as much as 13 before the Bears ended the Panther hot streak, trimming the CU lead to 26-21 with 4:37 remaining in the opening stanza. Senior guard DaVaughn Kelsie (Richmond, VA) manned the Shaw offense with a run of his own to bring the score to 32-30 at the half.

Junior guard Greyson Kelley (Raleigh, NC) opened the half with a three-point basket to put Shaw ahead 33-32 to begin the final frame. The lead would be brief as Claflin quickly retook the lead in a contest that saw 12 lead changes and six ties. The next tie would come at the 10:51 mark as the score was knotted at 51-51. There, the game saw two more ties and three lead changes before Shaw built a 68-62 lead with 5:34 left.

Freshman guard Nigel Martin (Cleveland, OH) converted a three-point play to give the Bears a 75-71 lead with 2:04 left. Claflin then scored the next five points including a three-pointer with 40 seconds left to go ahead 78-76. Kelley split a pair of free throws to trim the Claflin lead to 78-77. Shaw received the ball down two with four seconds remaining after the Panthers split a pair at the line but saw their last-second three bounce off the rim.

Martin led the way for the Bears with 19 points. Kelsie and Kelley followed with 18 points apiece. Freshman guard Marvis Odia, II (Houston, TX) had another impressive showing off the bench chipping in with 12 points.

The Bears will return to action Thursday, Jan. 9 as Shaw host Lincoln University. Tipoff is scheduled for 8 p.m. inside historic C.C. Spaulding Gymnasium.

Claflin edges Shaw on the road