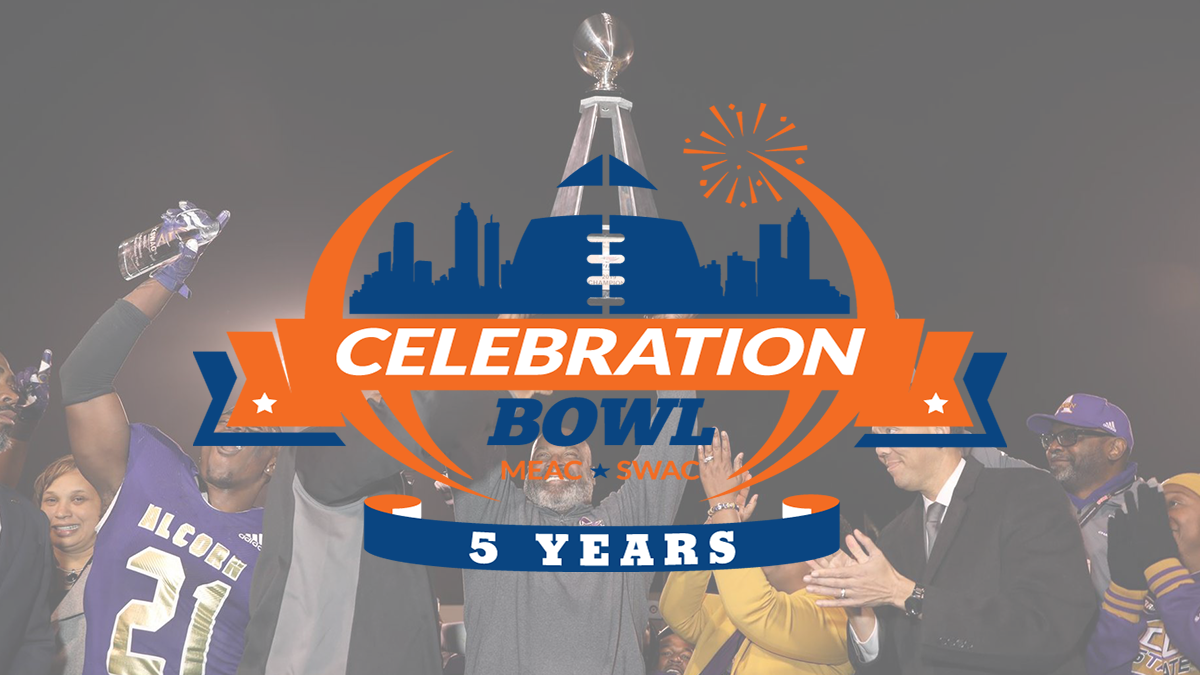 ATLANTA–North Carolina A&T was the first team to arrive in Atlanta with three busloads of staff and players braving the unusually brisk Georgia air on Wednesday. Alcorn State followed roughly an hour later, both teams escorted by a clad of Georgia Highway Patrol.

Celebration Bowl executive director John Grant greeted both teams with handshakes and hugs as they stepped off the buses. Alcorn State was the only team with a mini cheering squad awaiting them at the hotel. About ten fans with pom poms and an Alcorn flag cheered and snapped pictures just outside the revolving door of the Omni Hotel.

Not a popularity contest

Fred McNair’s team wasn’t the popular pick outside of the Alcorn faithful. Many fans clamored a few weeks back for an appearance from Southern University. The Human Jukebox and Jaguar Nation just feel like big business in Atlanta.

But it’s not a popularity contest, it’s about the best two teams. Something that wasn’t lost on McNair.

The best football for the last five seasons has largely been played by both Alcorn and NCAT. The two teams will be meeting one another for the third time in the five year history of the game. There may be some fans looking for parity in the Bowl game but not the Aggies and the Braves.

“How could you possibly get sick of this? I could do this every day. To get to play on this stage is a dream come true,” said North Carolina A&T head coach Sam Washington.

All but one of the Celebration Bowls has featured the Aggies. The residual effects of the game don’t just increase the exposure for NCAT, it aggregates additional practice time for each class.

“It gives you really three extra weeks of preparation that other teams don’t get. The NCAA gives very tough restrictions on those guidelines. This gives us an additional three weeks for everybody to prepare. I think it’s very valuable,” Washington said.

The math shows that NCAT has accumulated an additional three months of practice time courtesy of the Celebration Bowl. But the majority of that work was put in back on campus. Once the teams arrived in Atlanta, the plan was installed and it was time to enjoy some of the fruits of the year’s labor.

Both the Braves and Aggies participated in the usual team activities planned for Wednesday and Thursday around the Celebration Bowl. The whipping wind from Wednesday calmed down enough to afford players the chance to get out on foot downtown. But Friday is a back to business day with team practices at the Mercedes Benz Stadium.