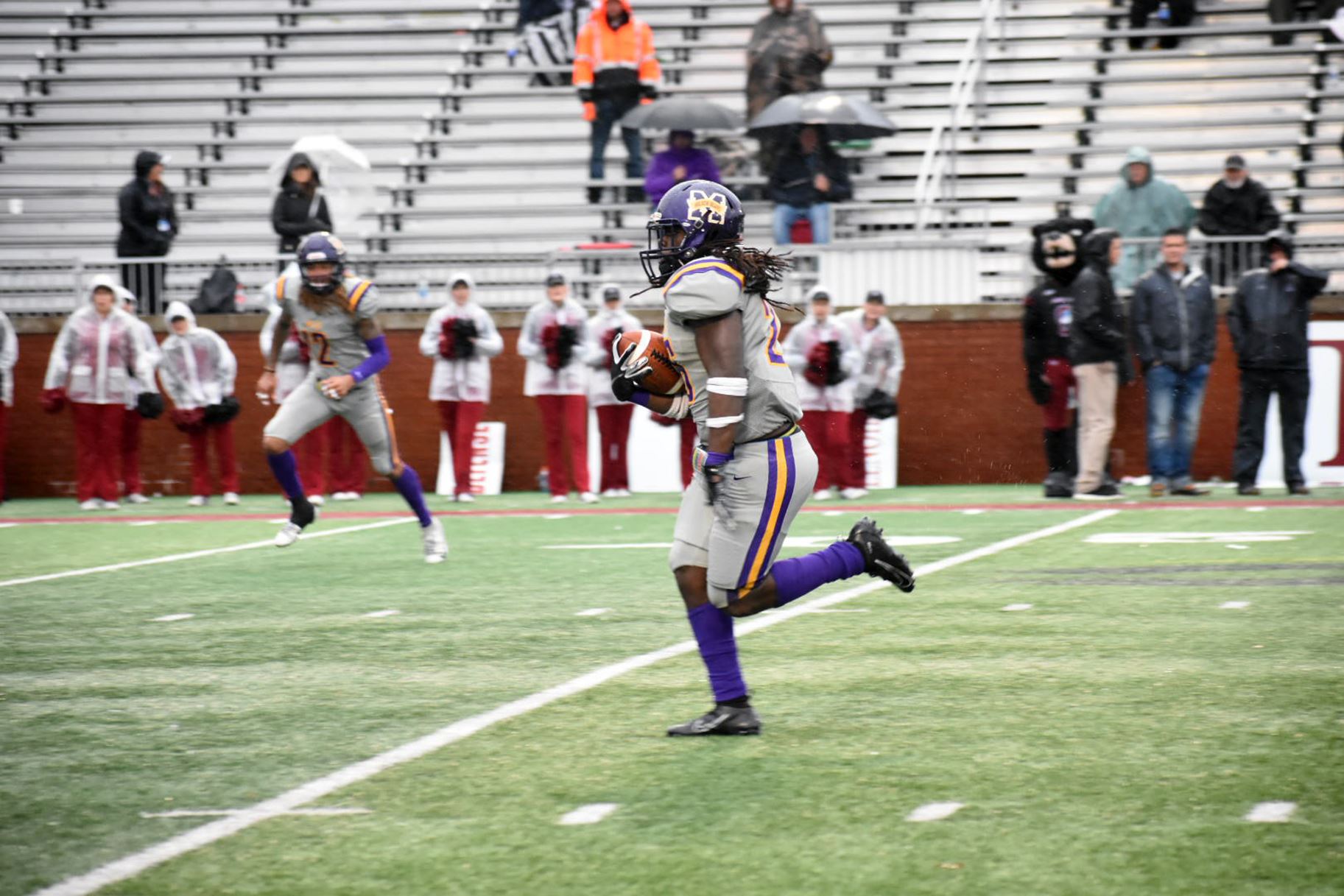 Miles runs into roadblock at Lenoir-Rhyne

HICKORY, N.C. — The intent was to shock the world.

Unfortunately, Miles did not have enough to upend No. 6 Lenoir-Rhyne Saturday afternoon at Moretz Stadium in the opening round of the NCAA Division II Football Championship. Despite a defense that forced four turnovers, the Golden Bears were only able to muster 125 yards of total offense and seven first downs in a 36-7 loss to the Bears, which ended the team’s 2019 campaign with a 9-3 mark.

“They did a lot of things to take away what we do best, which is run the football. Hats off to them,” said Miles head coach Reginald Ruffin. “We couldn’t throw the football. I don’t know the reason for that. But the best team won today. We did the best we could.”

Playing the entire game through a persistent rain, Miles knew it was going to have to play a spotless game to have a chance to pull the upset. But a delay of game penalty before the first snap of the game foreshadowed what would be a miserable first half offensively. The Golden Bears had just 38 yards total offense on 29 plays and did not pick up a first down until there were less than two minutes left in the first half. Meanwhile, Lenoir-Rhyne (12-0) consistently worked on short fields, even scoring a touchdown on a blocked punt in the first quarter.

By the time the teams went to the locker room at halftime, Miles trailed 26-0 and it was difficult to see how it would be able to manufacture any momentum to attempt a comeback.

But coming out of the break, it was the defense that sparked a revival. After forcing a three-and-out, and watching the offense do the same, Miles was able to finally to see some sunshine on an otherwise gloomy afternoon.

“Defensively, we played with all heart,” said linebacker Mitchell Smiley, who had a game-high 14 tackles (10 solo). “We didn’t finish how we wanted to. But I’m proud of our defense. I’m proud of my guys. We played whistle to whistle,”

On the next play, Donte Edwards blasted through the line and ran virtually untouched en route to a 38-yard touchdown run. It was his 11th touchdown of the season and his longest run of the 2019 campaign that cut the deficit to 26-7.

The defense would show up again on the ensuing series when Jarius Grayson (6 tackles, pass break up) picked off his second pass of the year to stall another Lenoir-Rhyne drive. But, again, the offense could not do much against one of the top defensive teams in the country. Miles would punt again and the Bears would connect on a 42-yard field goal to open the fourth quarter to expand their advantage to 29-7. The final LR touchdown set the final score but did dampen the resolve of the Golden Bears program, even in the driving rain.

“We went out and competed,” said Edwards, who had 80 yards rushing on 15 carries. “They were a good team with good coaching. We did just about what we needed to do to stay in it. But the best team won. Can’t do nothin’ but keep working, go back in the offseason and get better so we can do it all over again.”

Miles runs into roadblock at Lenoir-Rhyne