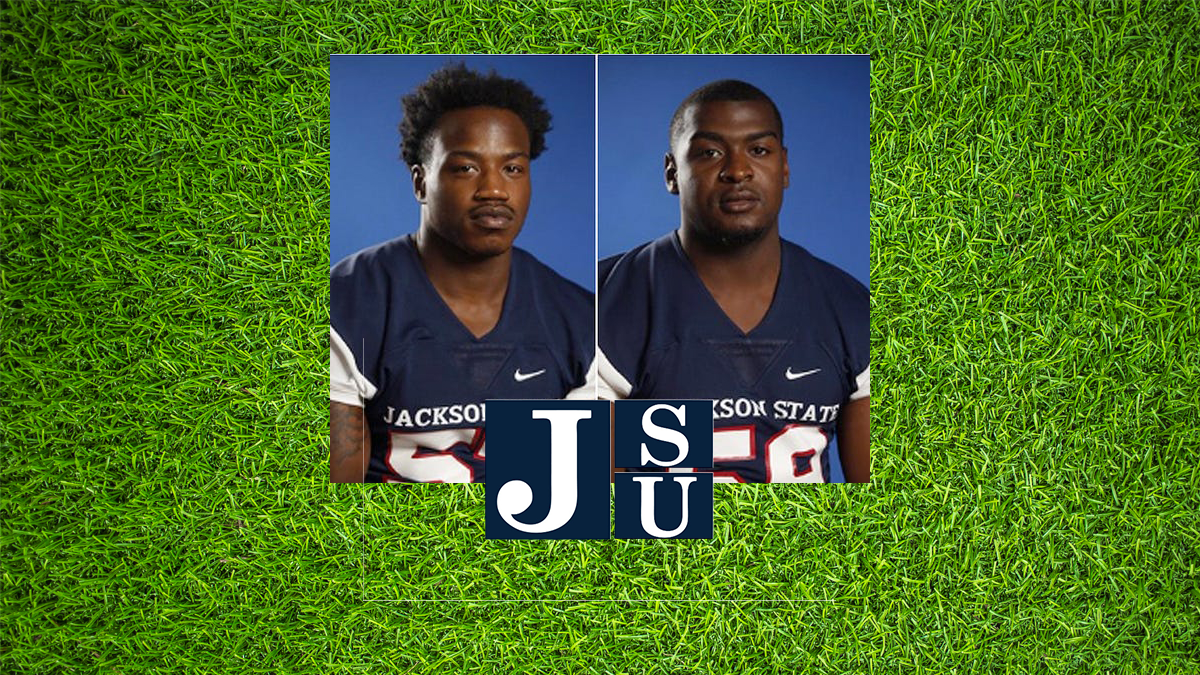 After a student conduct hearing, players are reinstated. Lawyer speaks on charges.

Two Jackson State football players have been reinstated to the team, after previously being arrested and subsequently suspended, according to multiple media reports.

Twenty-year-old Jakaiszer Glass and 21-year-old Carl Jones were charged with robbery after being arrested on November 11.

Jones and Glass were reinstated this week after a student conduct hearing at the University, according to multiple media reports.

Aafram Sellers, the attorney for Jones, tells the Clarion-Ledger that the charges stemmed from a skirmish on campus. Sellers said that Glass and Jones were waiting on a friend to pick them up to go and grab some food. While waiting the two were approached by another student, words were exchanged and a fight ensued according to Sellers.

Jones mistakenly picked up a wallet he thought was his after the fight ended, according to his lawyer. The pair drove off with the friend they had been waiting for and Jones allegedly threw the wallet out of the window after realizing that it wasn’t his.

Glass was also charged because he was with Jones the entire time.

Sellers was quoted as saying the incident was an “honest mistake.”

Glass is a junior linebacker and the fourth-leading tackler on the team. Jones, a sophomore linebacker, has appeared in two games this year.

According to the report, the criminal charges haven’t yet been dropped.