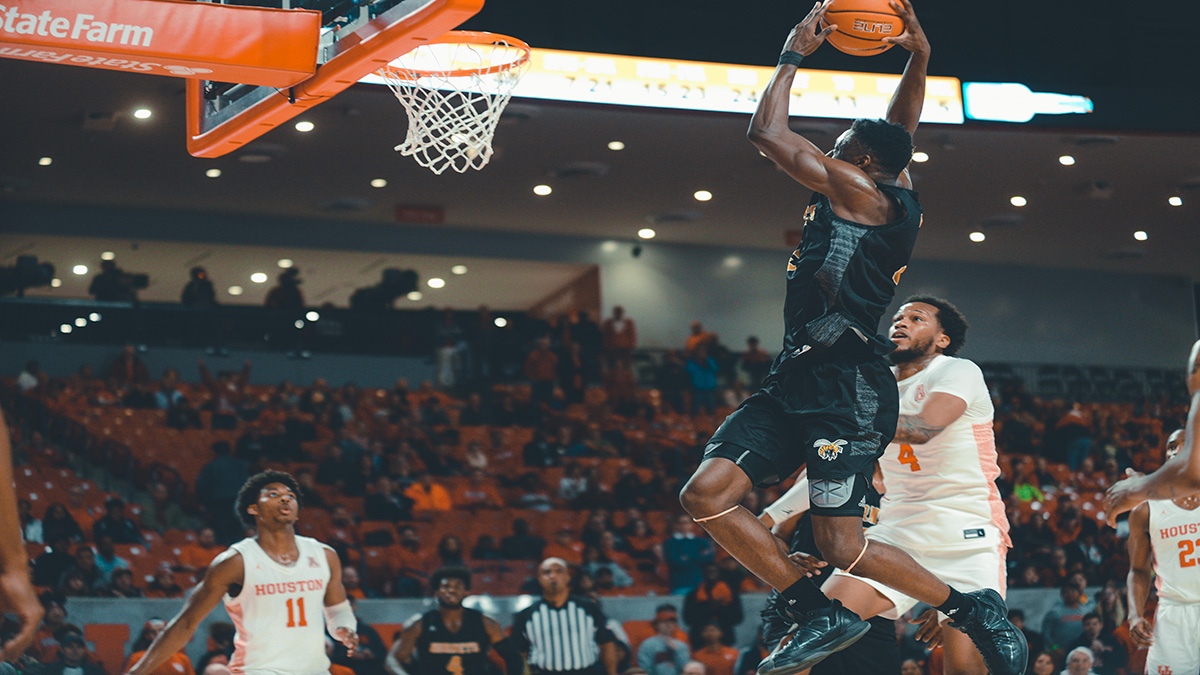 HOUSTON–Alabama State made an early trip to Houston this year. But it wasn’t to face conference opponent Texas Southern. Tuesday’s matchup against the University of Houston is Alabama State’s third game of the season.

The Hornets struggled early against a relentless press from U of H. They would finish the game with 13 turnovers. At halftime U of H led 41-25. A lead that proved to be insurmountable. Houston would defeat Alabama State 84-61.

Alabama State’s Tobi Ewuosho finished the game with a career-high 23 points. Ewuosho went 6 -of -11 from the field and 10 -of-13 from the line. He also pulled down 6 rebounds.

Cougar head coach Kelvin Sampson said “the hardest working kid on the floor tonight was number five from Alabama State [Tobi Ewuosho]. I told him that after the game in the handshake line and that he should be really proud of the way he competed tonight because he played really hard.”

372
The Latest in HBCU Sports and Culture