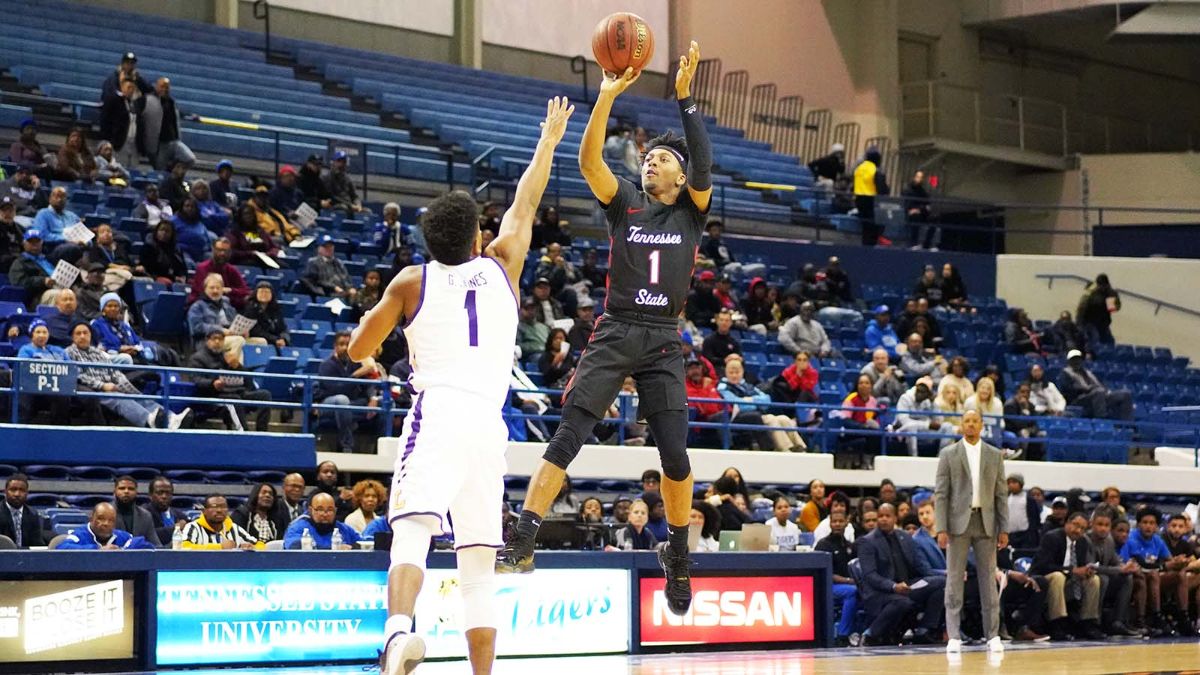 Tennessee State takes out crosstown foe on a thrilling finish.

NASHVILLE — One of the smoothest last-second mid-range jumpers you’ve ever seen lifted the Tennessee State men’s basketball team to a 79-78 win over Lipscomb Tuesday night in a packed Gentry Center.

The admiral Michael Littlejohn scored a career-high 23 points versus the Bisons, including the jumper in the paint for TSU’s second home win of the season – leaving the Tigers undefeated moving into the Battle of Jefferson Street set for Monday.

TSU’s offense was punctuated by West Virginia transfer Wesley Harris who went 6-for-11 from the floor, adding a three-pointer. Jy’lan Washington, who had 11 points on the night, worked the paint for trips to the free-throw line, where he shot 3-for-4.

Down 44-40 at the half, the Tigers’ walked on the court with a determination to outscore, outrebound and outplay the Bisons for the second period.

KJ Johnson, the Bisons’ leading scorer played a tough second half, scoring 14 points off the bench for LU. The Tennessee freshman hit a career-high 16 points, keeping the Bisons’ in the running, as TSU took a 13 point lead with 13 minutes left of play.

Down one with seven seconds on the clock, Johnson pulled up for a jumper to take the lead over Big Blue, 78-77. Littlejohn crossed the half-court line, dribbled through traffic and pulled up for a quick and smooth jumper as the Tiger fans celebrated the victory against crosstown foe, Lipscomb, 79-78.

213
The Latest in HBCU Sports and Culture