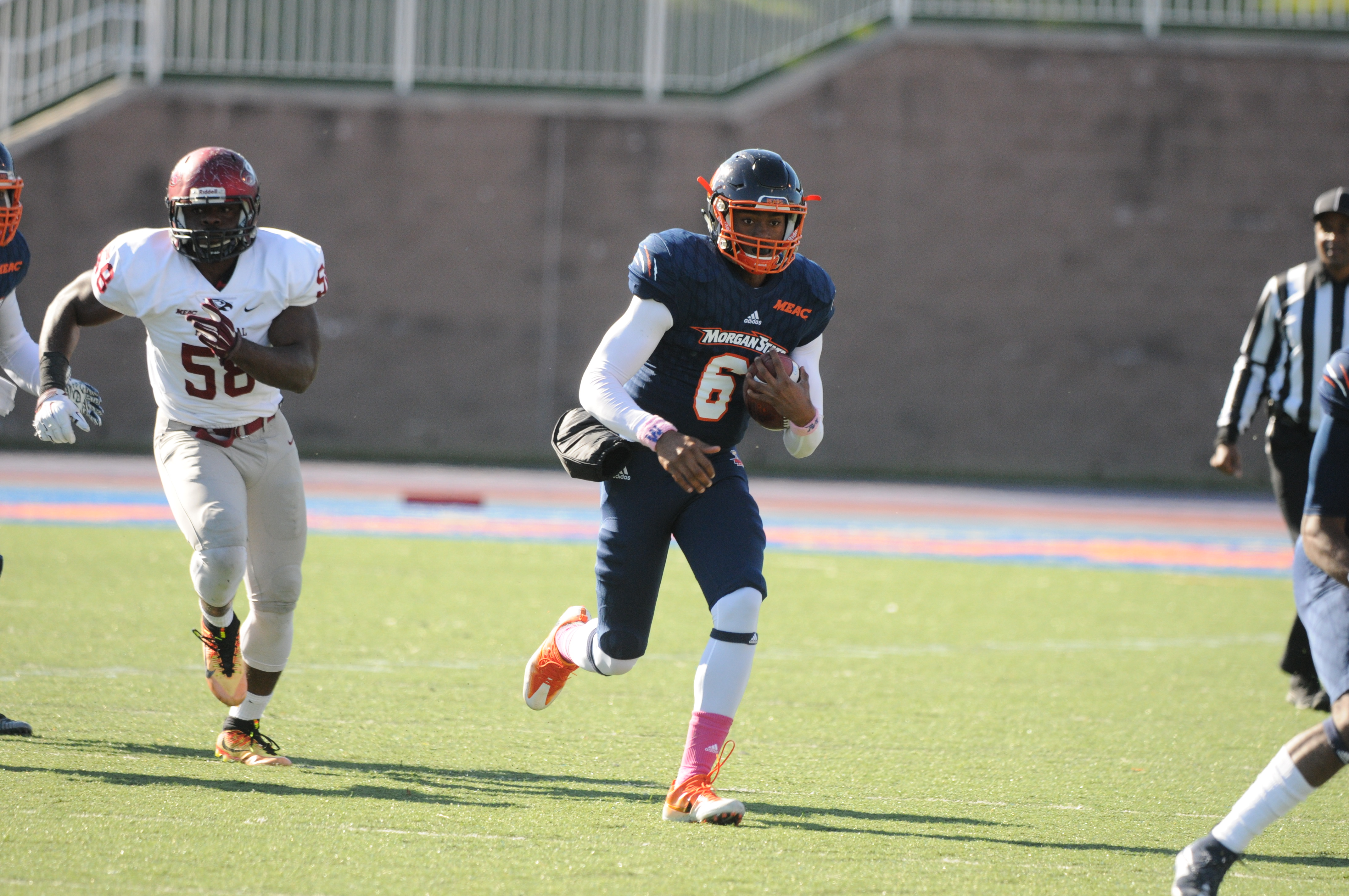 Two fiery defenses will set the tone for this game.

Morgan State and North Carolina Central have both started their seasons in similar positions. Both programs are led by new coaches; Tyrone Wheatley for the Bears and Trei Oliver for the Eagles. In terms of on the field, both teams had tough non conference schedules.

As the MEAC slate begins, the Eagles and Bears are looking to show their worth under the lights in Baltimore.

Breaking Down the Bears

DeAndre Harris, after starting the season on the bench, has put a torch in the Bears offense. Against James Madison, he threw a 72-yard touchdown pass. The next week against Army, he did the same from 69-yards. A consistent flurry of vertical passing has not been seen by the Bears in recent memory. Against two tough opponents, he’s been consistent. Manasseh Bailey has been the recipient of those passes and he’s been sensational so far this season. He gained 172 yards receiving against James Madison and 121 yards against Army.

In addition to him, Joshua Chase will be returning this week on top of a deep running back rotation.

And of course, the Bears defense will be ready to show up after sharping their scheme during non-conference play. Rico Kennedy and Ian McBorrough rank first and second respectively in total tackles within the MEAC, which is both good and bad if you think about it.

Breaking Down the Eagles

The Bears aren’t the only team bringing a fiery defense under the lights. The Eagles lead the nation with 13 total takeaway consisting of seven interceptions and six forced fumbles. Darius Royster has been playing on a high level, gaining 24 tackles, and three sacks after four games. The Eagles secondary has been flying with five different players having an interception.

On the offensive side, Davius “Pee Wee” Richard has been guiding the Eagles. With an injury to Micah Zanders against Towson and Chauncey Caldwell’s departure, the freshman has stepped up to the starting role. Last week, he connected with 11 different receivers, showing his ability to observe the field of play. He torched Elizabeth City State with three touchdowns in his last time out. To make him more confident, he has one of the best running backs in the MEAC behind him: Isiah Totten. Totten has not seen as much play so far this season but he should get plenty of touches against the Bears.

Keys to the Game

This tone of this game will be set by the defenses. For the Eagles, Davius Richard must avoid getting trapped by the furious front seven of the Bears. Speaking of the Bears, DeAndre harris must avoid his interception woes against a hot and stingy Eagles secondary.

With that being apparent, offensive playcalling will be a major key. The Bears have been opening things up as of late with the Eagles finding their groove despite the changes at quarterback. The ability to hit big play when granted will be huge.

It’s a new conference season, new field for the Bears, and it’s under the lights. This game is set to be a good one.