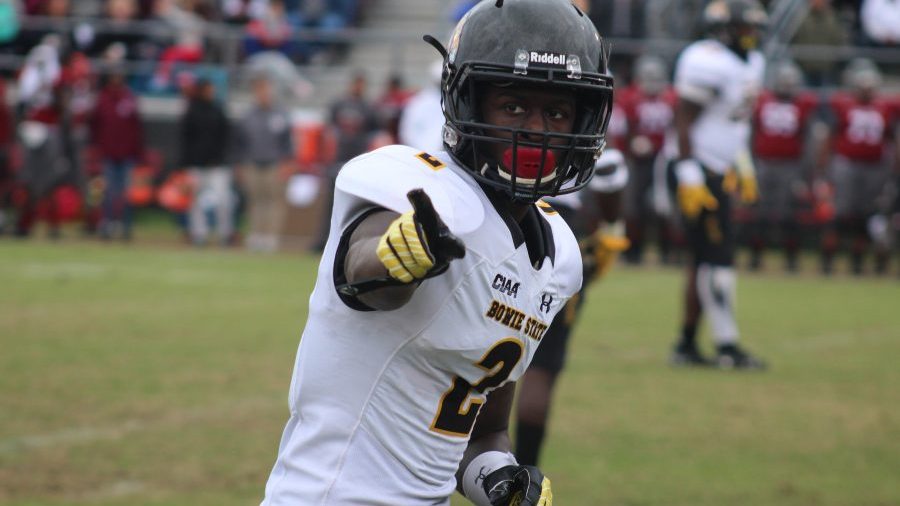 Junior quarterback Ja’rome Johnson showcased his versatility in the win. Johnson finished 7-for-15 passing with 58 yards and a touchdown pass, but had his most impressive numbers on the ground with 172 total rushing yards, emphasized by a 69-yard rushing touchdown.

The Bulldogs set the tone immediately with a forced fumble on AIC’s opening possession. Junior kicker Gene Carson kicked a field goal from ideal field position to quickly put the Bulldogs on the board. AIC closed out the first quarter ahead 6-3 after capitalizing on a blocked punt, but missed extra point attempt. Johnson checked in for the second quarter and threw a 25-yard touchdown pass to redshirt senior receiver Deron Smith to retake the lead, but a AIC response sent the Bulldogs into halftime down 13-10.

Johnson’s 69-yarder gave BSU a 17-13 lead that wasn’t surrendered for the remainder of the game. Carson put up another field goal and senior running back Derrick Kittrell scored twice in back-to-back drives in the fourth quarter to push the Bulldogs to 34 points. The Bulldogs shut the Yellow Jackets out in the third quarter and allowed one touchdown in the fourth quarter for the final 34-20 score.

Offense production was choppy initially for BSU with the debut of redshirt junior quarterback Gaston Cooper. Cooper went 0-for-3 in his first two drives, 5-for-16 in the first quarter and was intercepted twice. The team then made a switch under center in the second quarter with Johnson. BSU had an impressive debut on defense. The Bulldogs held AIC to -38 offensive yards in the first quarter, 37 total rushing yards and shut down all 13 of AIC’s third down conversion attempts. Sophomore defensive Demetri Morsell and and junior linebacker Chauncey Johnson each finished with an interception, Johnson’s accented by a 21-yard return.

BSU remains on the road and will travel to Raleigh, NC to face Shaw on Saturday, September 14 at 1 PM.