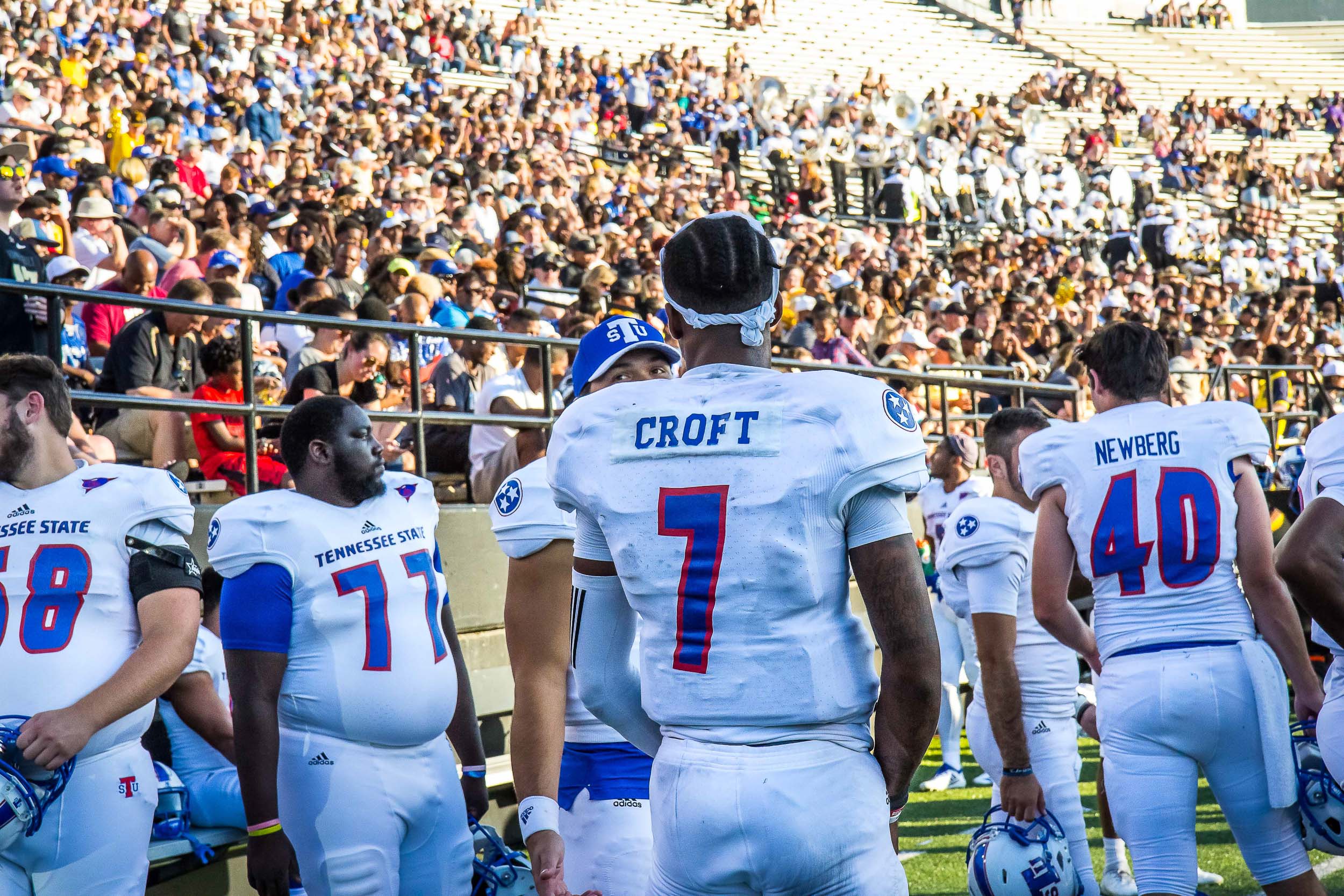 Tennessee State football officially has a big off-the-field problem less than two weeks before the start of the season.

TSU quarterback Demry Croft has been arrested and charged with six felony counts of rape and two counts of sexual battery on Monday afternoon, according to the Tennessean.

Croft transferred to TSU from Minnesota following the 2017 season after he was suspended from the team for allegedly damaging a door per his twitter account. He completed 61-of-101 passes for 888 yards with eight touchdowns and two interceptions before missing the last five games with injury. He was expected to be the starter in TSU’s opener against Mississippi Valley State.

TSU has yet to announce whether or not Croft has been suspended.