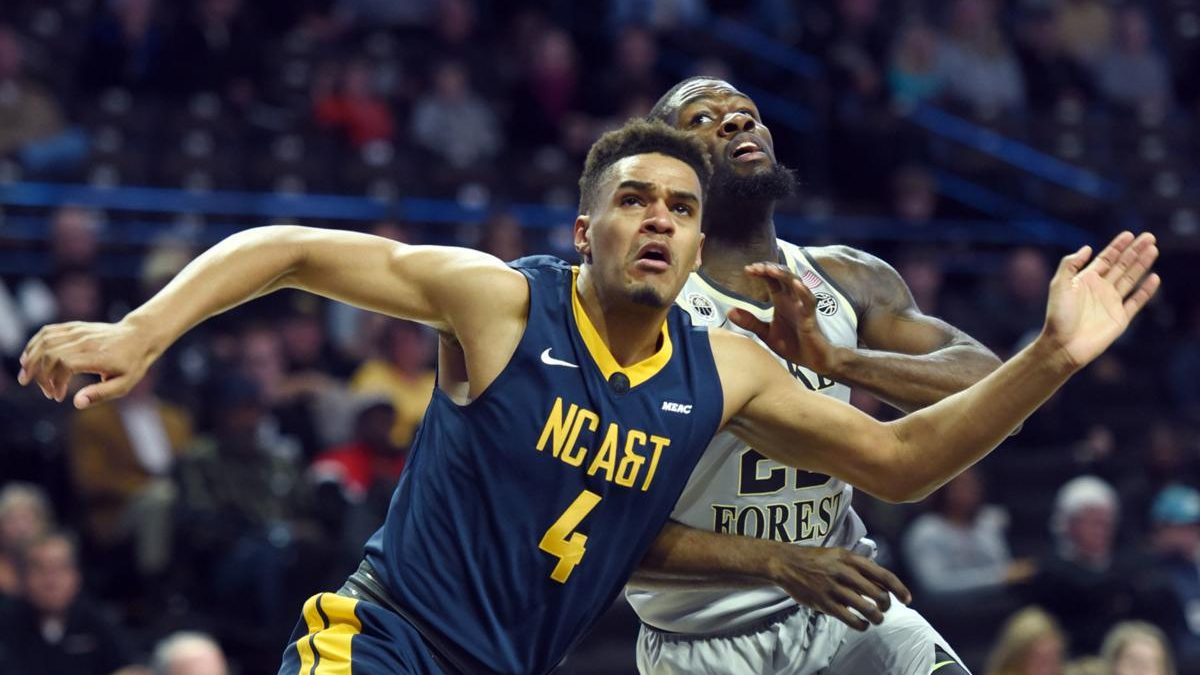 Terry Harris is trying to make a name for himself with Philly in summer league.

Former North Carolina A&T Aggie Terry Harris created a lot of buzz for himself this spring during his pre-draft workouts. Despite averaging a modest eight points per game for NCAT, the 6’6″ shooter gained positive attention after working out for nine teams. He ultimately wasn’t drafted but found a spot on the Philadelphia 76ers summer league team.

It would be quite easy to speculate that Harris landed a spot with Philadelphia as a show of favor to Tobias Harris, his older brother. Tobias signed a free agent contract with Philadelphia this week for a staggering $180 million. No one can determine how and why Terry Harris received his summer league spot, but Harris knows for sure his success lies within being able to score and not his family heritage.

“That’s why I’m here — to show what Terry Harris can do. If I can leave a workout and let ’em know that Terry Harris is a knockdown, elite shooter, I did my job,” Harris told reporters after a June workout in Utah.

Harris had a fifth year of eligibility that he used at NCAT after previous stops at Houston Baptist and Eastern Michigan. His numbers in Greensboro may be a little misleading, the Aggies had seven players who averaged between five and nine points per game. Harris did have four games during the season where he led the team with 20 plus points.

The Harris brothers have a really solid family connection in the NBA. In addition to Tobias and Terry, third brother Tyler has a spot on Denver’s summer league team. It doesn’t stop there. The trio is represented by their father Torrel Harris who runs Unique Sports Management.

For undrafted free agents to make their NBA team directly out of summer league is a rare opportunity. However, two way contracts out of the G-League, especially late in the year is a possibility. If, when and however it might happen, that would bring a new meaning to Brotherly Love in Philadelphia.