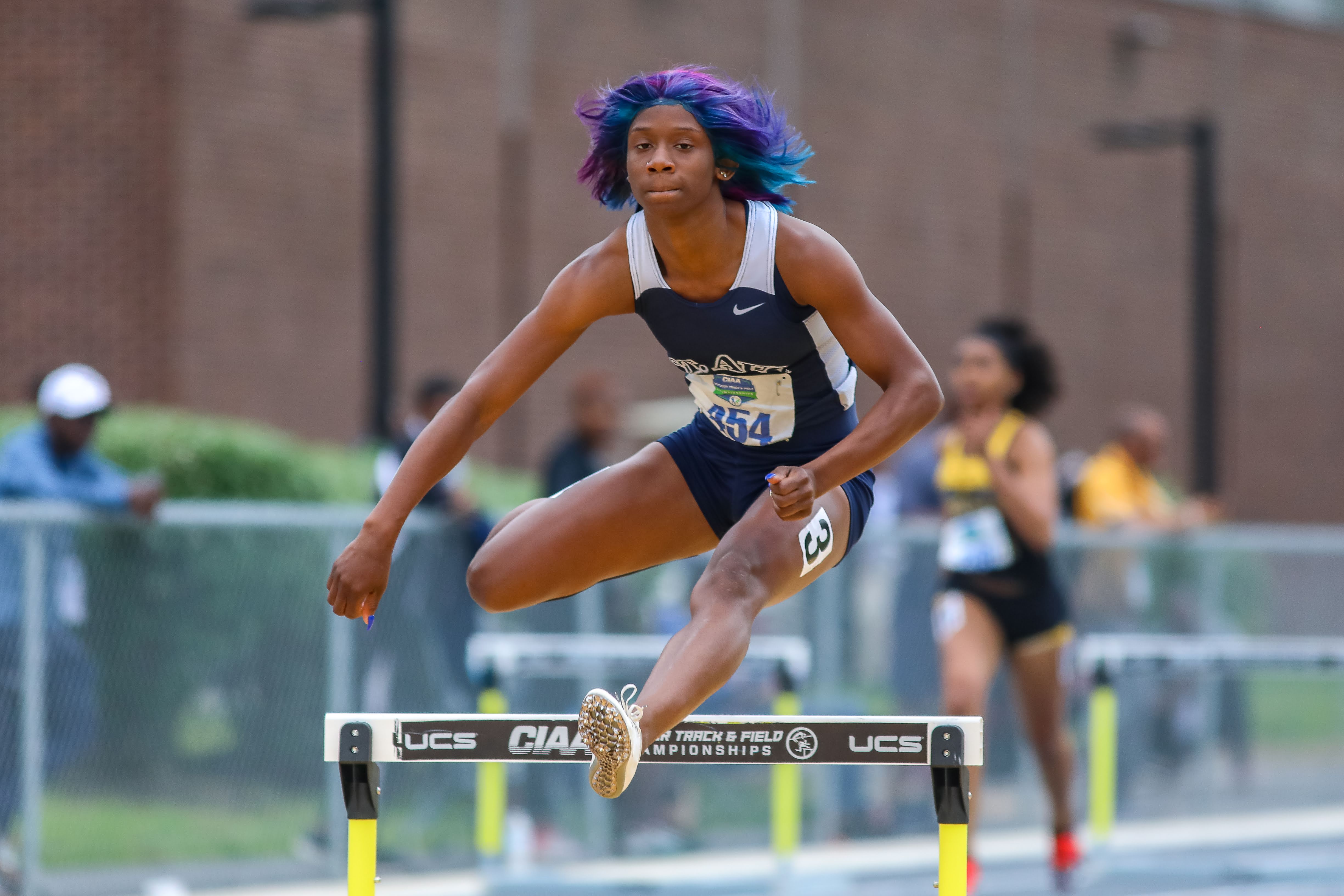 Kalawan will also be on the 4×100 team for Saturday’s finals.

Shannon Kalawan (Jr./Westmoreland, Jamaica) of Saint Augustine’s University gets a chance to defend her women’s 400 dash and 400 hurdles national titles after qualifying for the finals in both events Thursday, May 23, on the first day of the NCAA Division II Outdoor Track & Field Championships in Kingsville, Texas.

In Thursday’s preliminaries, Kalawan ran the women’s fastest 400 time (54.24) and the second-fastest women’s 400 hurdles time (59.18) to reach Saturday’s finals in both events. She also led off the Lady Falcons’ 4×100 relay team that qualified for Saturday’s finals.

Kalawan won the third heat in both the 400 dash and 400 hurdles prelims to automatically qualify for the finals.  The 4×100 relay team, which consists of Danielle Scantlebury (Fr./St. George, Barbados), Tashoy Blake (Jr./Clarendon, Jamaica), Amanda Crawford (Jr./Brooklyn, NY) and Kalawan, finished second in Heat 2 (46.28) to automatically qualify for the finals on Saturday. The unit ran the fourth-fastest qualifying time on Friday.

In other first-day action, Brandon Parris (Sr./Sion Hill, St. Vincent) of SAU advanced to Saturday’s finals in the men’s 400 dash after posting the second-fastest men’s qualifying time (46.68) on Friday. He placed second in the first heat to gain an automatic bid to the 400 finals.

In the men’s 400 hurdles prelims, Alazae Hester-Taylor (Jr./Homewood, AL) placed second in the third heat to automatically qualify for Saturday’s finals. His time (53.48) was eighth fastest among qualifiers.

The three-day championship meet resumes Friday at Javelina Stadium on the Texas A&M-Kingsville University campus. Below is Friday’s schedule for the SAU men and women.