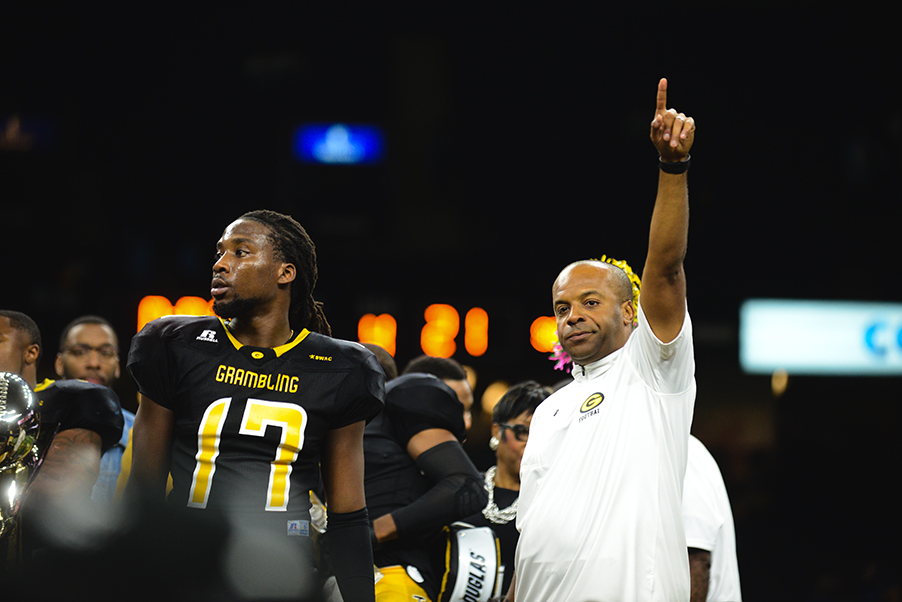 The NFL and the Black College Hall of Fame have teamed up with several HBCU coaches for an important summit.

In partnership with the Black College Football Hall of Fame, assistant and positional NFL and NCAA coaches have been invited to attend the 2019 NFL Quarterback Coaching Summit from June 24-25 in Atlanta, Georgia, as part of the League’s commitment to strengthening the coaching and personnel development pipeline.

“As part of our ongoing efforts to develop a diverse pipeline of offensive coaches and personnel, the Quarterback Coaching Summit is an opportunity for participants to further develop and perfect their proficiencies in game administration, offensive philosophy implementation and quarterback development,” said Troy Vincent, NFL Executive Vice President of Football Operations.

Announced today at the 2019 NFL Spring League Meeting, the summit aims to equip individuals working on the offensive side of the ball with resources, professional development and networking opportunities with NFL club representatives.

“We are excited to work with the NFL on the Quarterback Coaching Summit, as well as open the lines of communication and exchange ideas on fundamentals and techniques required to coach the QB position,” said James “Shack” Harris, Black College Football Hall of Fame Co-Founder and 2012 Inductee. “The results should help participating coaches in college football and the NFL prepare for the opportunity to become head coach, offensive coordinator, quarterback coach, or offensive assistant.”