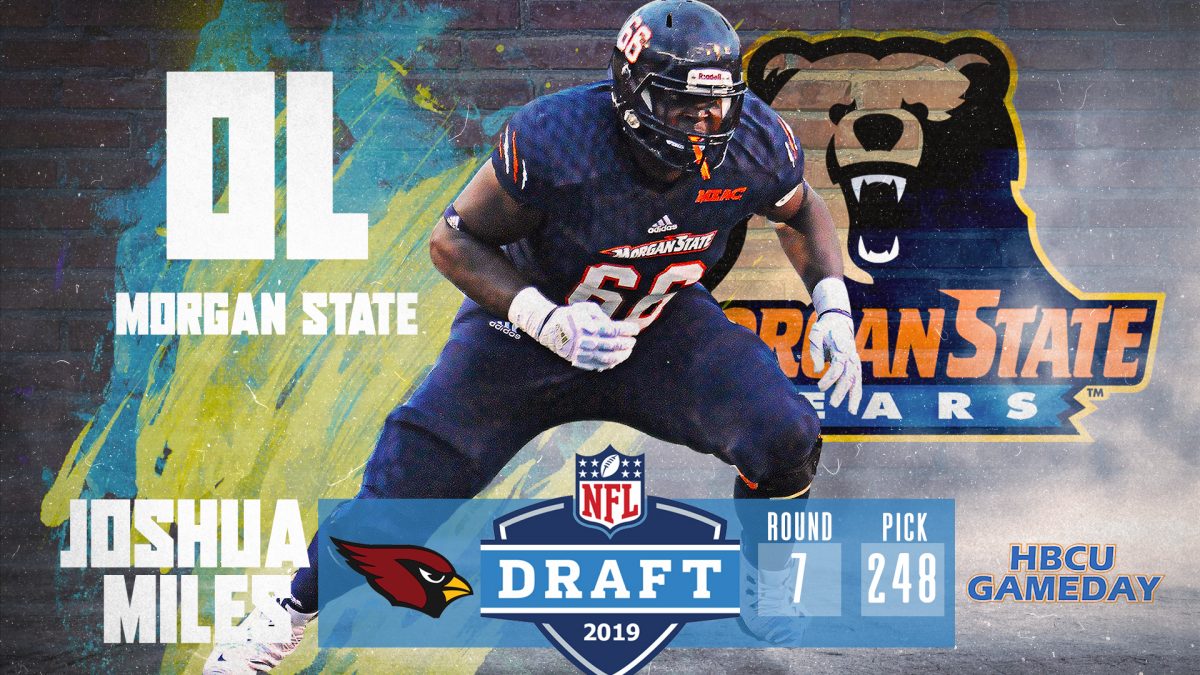 Morgan State has its first NFL Draft selection in 16 years.

Offensive lineman Josh Miles was selected by the Arizona Cardinals in the seventh round with the 248th overall pick. He’s the first player selected from the MEAC school since tight end Visanthe Shiancoe was picked in the third round of the 2003 NFL Draft.

Miles stands 6’5 and weighs in at 314 pounds and he caught NFL scouts attention despite the team’s less-than-stellar performance over the past couple of seasons.