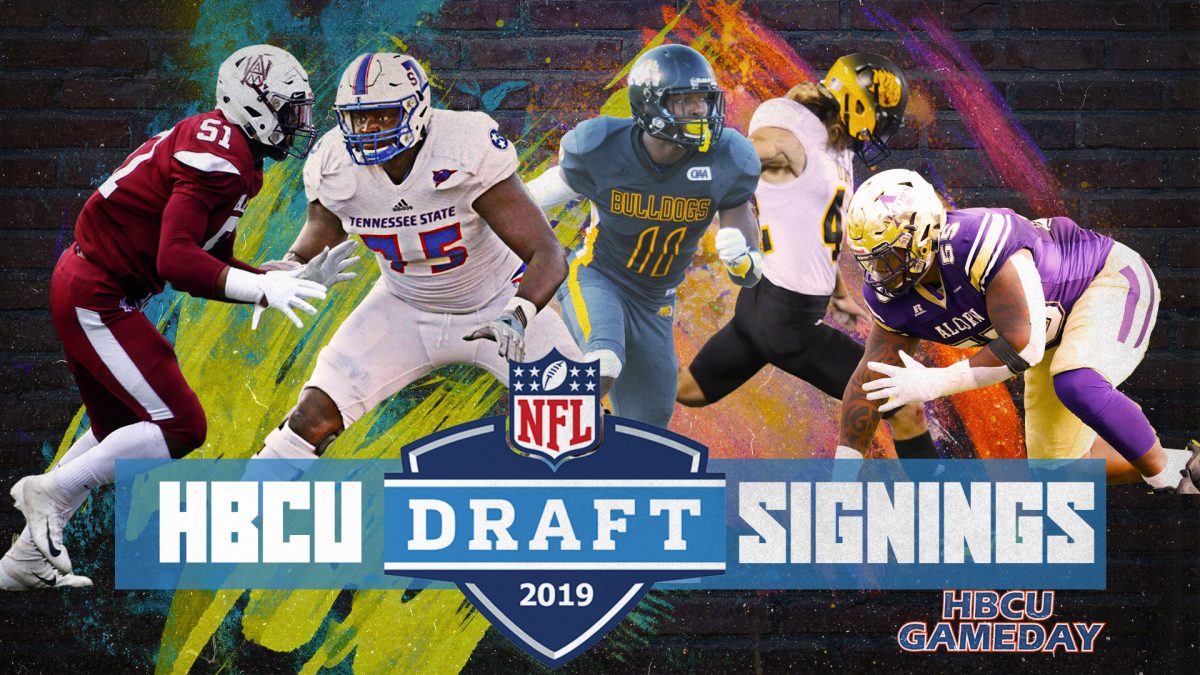 A handful of HBCU players quickly sign contracts as UDFAs

The NFL Draft has concluded but the work is far from over. In a league that’s anchored by undrafted free agents, teams will now move to sign players who weren’t drafted and pass out invites to mini-camps.

We’ll update HBCU players who sign and get camp invites as the information comes in.

Yurik Bethune an outside linebacker from Alabama A&M has signed a contract with the Atlanta Falcons.

Sterling Shippy from Alcorn State has been invited to the 2019 Rookie Minicamp with the Indianapolis Colts.

Eric Bowie of Jackson State has been invited to mini-camp with the Atlanta Falcons.

Shamdu Nalls from Virginia Union will be attending mini-camp with the Buffalo Bills.

Former Morehouse defensive back Mandell Ray has been invited to the Oakland Raiders camp.

We’ll have more updates as they become available.