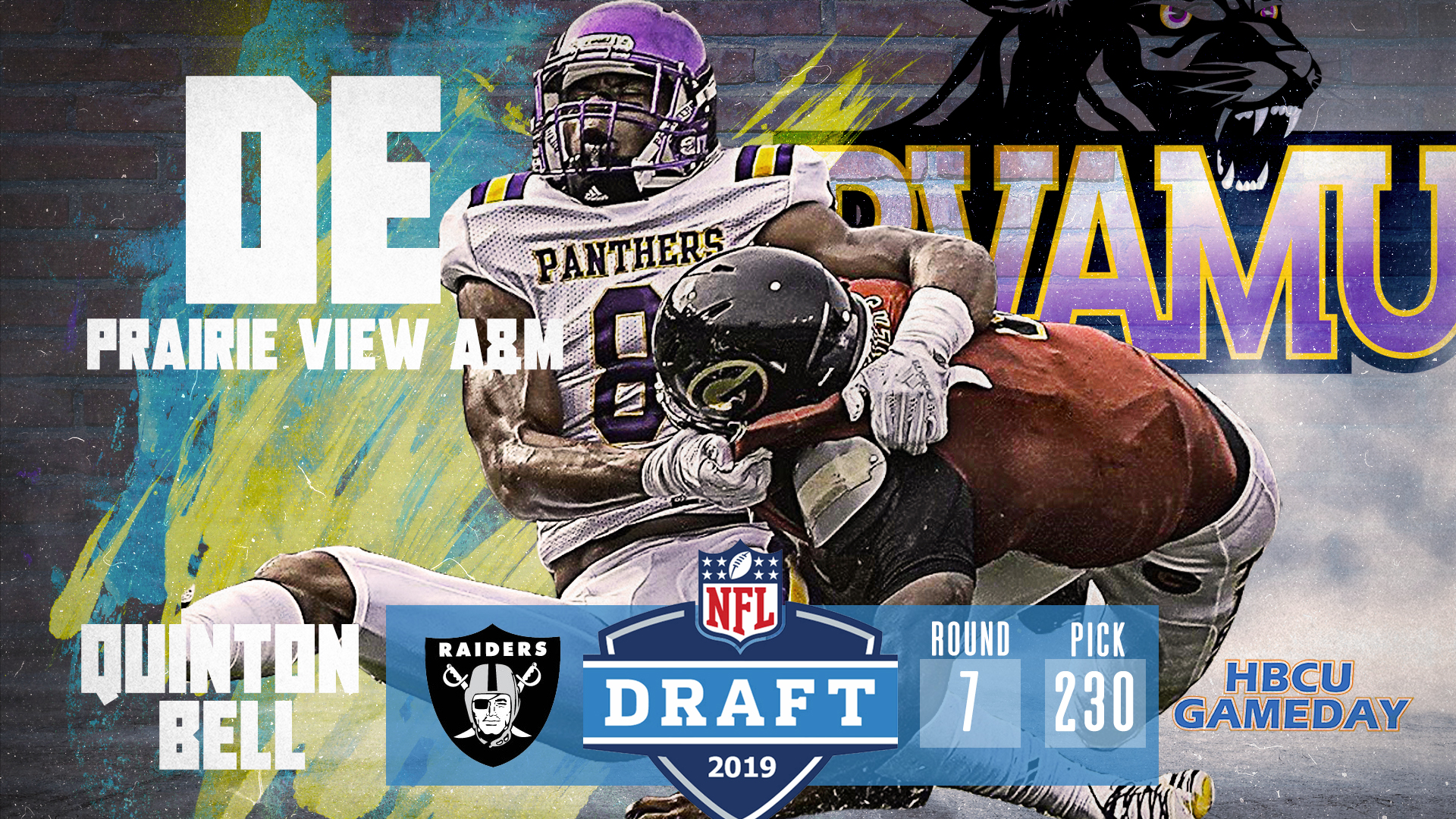 After just one year on defense Prairie View A&M’s Quinton Bell has found a home in the NFL. The 6’4″ defensive end was selected 230th overall in the seventh round by the Oakland Raiders on Saturday.

Bell played wide receiver for A&M for three seasons before moving to defense to last season. In 2018, he led the Panthers with 7.5 sacks and had 46 tackles en route to a second-team All-SWAC honor. Bell also participated in Track and Field during his career.

He was projected to go in the seventh round by some scouts due to his athletic ability. But with just one year on the defensive end, Bell is regarded as a project that NFL teams may be able to mold.