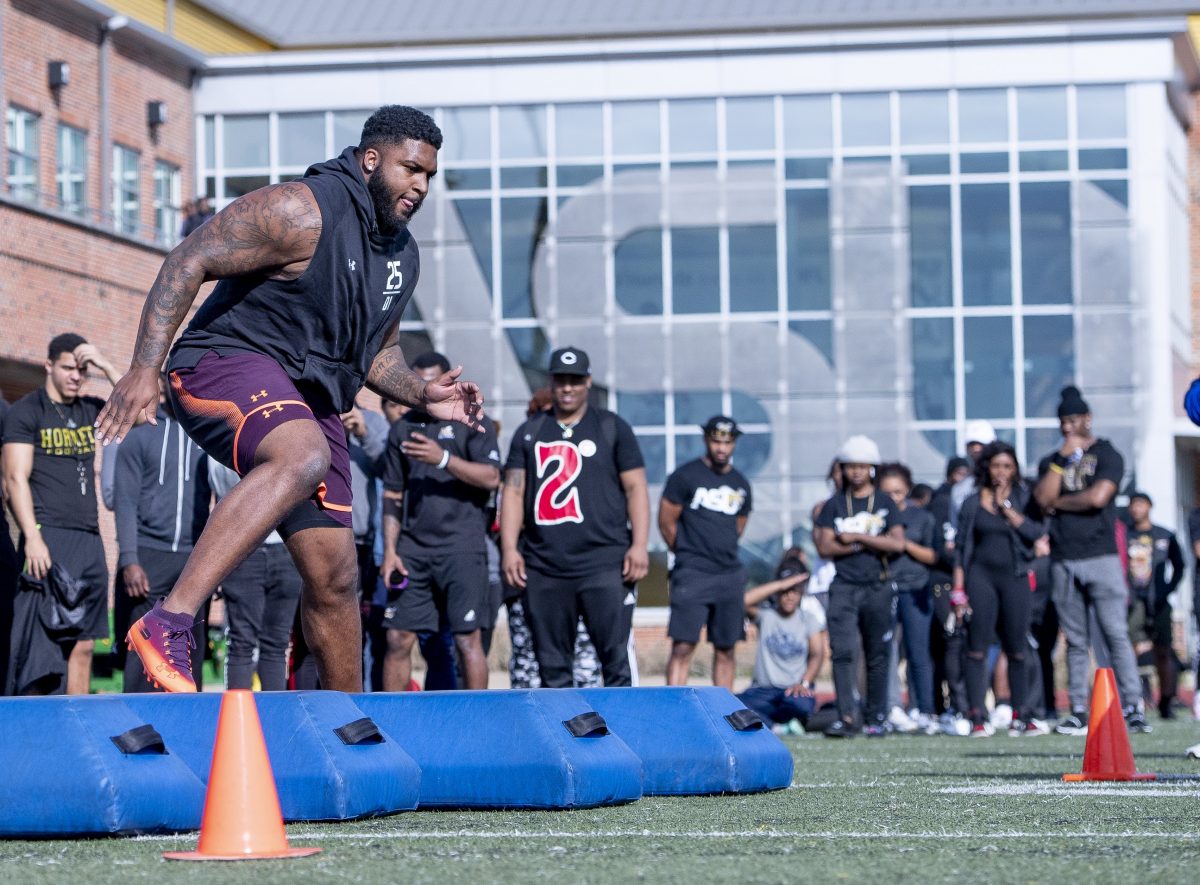 From “Weenie” to potential first round NFL draft pick

It’s possible you could hear the name of Alabama State’s Tytus Howard called on Thursday night in the first round of the NFL Draft. The offensive tackle has seen his draft status skyrocket since the end of the season but talk is cheap this time of the year. NFL teams run enough misinformation campaigns in the spring to warrant a Mueller investigation.

No matter if he goes high or low, there’s no doubt that Howard is going somewhere in this year’s draft. Left tackles, like quarterbacks, are hard to find and their value to teams is immeasurable.

Howard’s story comes from very humble beginnings as a football player. As a high school quarterback he was so skinny he earned the nickname “Weenie.” He made the switch to tight end at Alabama State but a career at tight end wasn’t in the cards for Howard. He bulked up to an offensive lineman and found the magic.

Following the 2018 season, Howard was selected to play in the Senior Bowl and invited to the NFL Combine. The Senior Bowl allowed Howard to showcase that he could handle top-level competition outside of the SWAC. Although if one was watching closely, his ability to handle Auburn defenders on September 8 was an eye-opener.