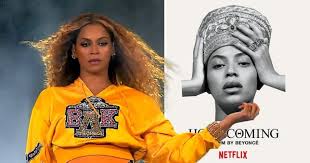 Beyonce’s “Homecoming” documentary on Netflix struck all the right chords with HBCU alumni.

Homecoming is EVERYTHING. Whether it’s related to your college experience or perhaps a church service, the word embodies a lot.

So that we are clear from the very beginning. The following will read directly into two biases that I am happy to claim.

They are Beyoncé and Historically Black Colleges and Universities (HBCU).

See I’m not the least bit ashamed of it.

I have followed Beyoncé’s career all the way back to the Girl’s Tyme appearance on Star Search. Later, when Destiny’s Child exploded onto the late 90’s music scene, I purchased their first album and a CD single of No, No, No that I wore out during bus trips. By the time the Writing’s On The Wall dropped I was a full-blown supporter, keenly aware that there was something special about Ms. Knowles.

It started with Destiny

DC’s ascension happened during the back end of my college years at Saint Paul’s College, a small HBCU in tiny Lawrenceville, Virginia. Something else I vividly recall was the situation I was dating at the time, a fellow music lover who I found myself in a heated debate with one day.

“Do you see that girl,” I asked incredulously. “J. Lo is fire right now but when SHE (Beyoncé) goes solo, it’s a wrap. The game is gonna change,” I proclaimed.

I should have known then that we were not going to make it. Years later, I reminded him of the faux pas, and he had to admit he was wrong about that… among other things.

Last year, Queen Bey’s Coachella performance knocked the earth off its axis, and I am ashamed to admit I slept through it. It was one of those days I was beyond exhaustion. I woke up a 6 am the following morning, my social media feeds ablaze and humankind blown away by what had gone down. I feverishly searched the net. The only clip available was the dance breakdown to O.T. Genasis’ “Everybody Mad” however by the close of the business day, a friend shared the full concert link with me.

It didn’t take long for me to realize what was about to happen.

Full band on a pyramid of bleachers!

Sitting On The Edging

So, when her Netflix documentary Homecoming debuted on Wednesday morning at 3 am EST, I was logged in at 2:59. I wasn’t gonna make the same mistake twice.

The next two hours solidified what I already knew. Beyoncé’s impact, greatness is on full display. We hung on every word (I hollered when she hit Lift Every Voice and Sing) at the 2018 Coachella performance as the crowd was baptized with the flavor of H(Black)CU culture. And even if they didn’t get it, WE got it.

The best performer of this generation used her most significant, transcendent moment for an ode to our elders, our schools and their legacies. And Homecoming keeps the narrative right at the forefront. HBCUs Matter.

See, the woman who is writing this has always known. Yes me, who helped sway my sister to give my only niece the same middle name as Queen Bey (Giselle).

(That same niece beat me out of concert tickets TWICE by the age of six).

I’ve always felt it. Only one other artist gives me those type of chills…he hailed from Gary, Indiana. See there is not a time, when I was three or now 40+, that I watch Thriller and am not captivated. It gets me, every single time. I think Sheryl Crow said it the best of the King of Pop.

“He changed the molecules.”

When I was younger, I would never have imagined that a Beyoncé could exist. We would never see our reflection, celebrated on that large a scale for the whole world to see. Michael shattered the ceiling of (white) MTV when it was Music Television, and saved the struggling network. Now in 2019 all platforms wait into the wee hours of the morning with bated breath for the debut of a documentary on a paid streaming service featuring a black woman. O HAPPY DAY!

The documentary itself gives a gritty behind the scenes look at what was clearly a passion project for Mrs. Carter. An icon prepping for the ultimate reemergence after a difficult pregnancy, we see Beyoncé as a vulnerable everyday mom and businesswoman trying to pull it all together. Sandwiched in-between quotes from W.E.B Dubois and Toni Morrison (among others) and the haunting voices of Malcolm X, Nina Simone and Dr. Maya Angelou, are clips of the crew, dancers, orchestra and creative team during endless hours of rehearsal.

A native of Houston, Beyoncé reflects of her love for HBCUs where young minds are free to create and soar to the highest heights. Her father Matthew is a graduate of Fisk University. She reminisces of times spent of the campuses of both Texas Southern and Prairie View and as a girl dreamed of attending an HBCU.

Selfishly, the little girl in me is proud, ecstatic that perhaps when it is all said and done, one of the best to ever do it is like me. A black girl. For years we have been ignored, marginalized with very few reflections of ourselves. Even down to the dolls we were gifted as toddlers. With her Coachella performance and the subsequent release of Homecoming, Beyoncé has made apparent and is saying loud and clear. I SEE YOU, I KNOW YOU, I AM YOU, KEEP GOING.

And she does it in heels.