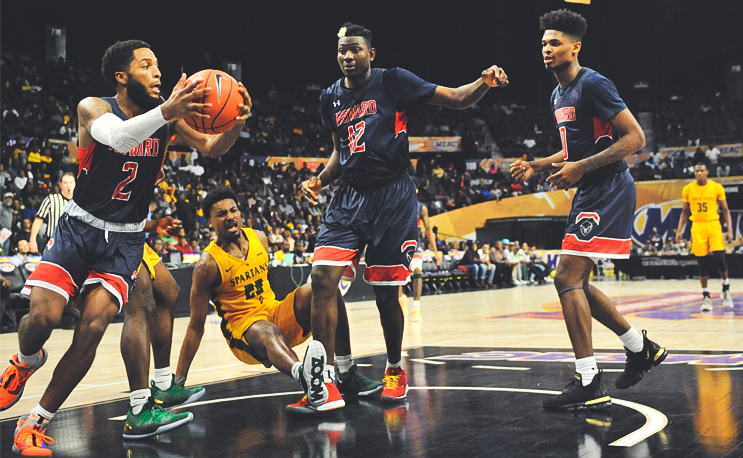 RJ Cole might come back to college basketball, but he’s definitely not coming back to Howard University.

The reigning MEAC Player of The Year has reportedly decided not to return to Howard and enter the transfer portal while declaring for the NBA Draft, according to Stadium.

Cole put up spectacular numbers in two seasons with the Bison, averaging 22.5 points and 6.2 assists per game in 67 games.

He earned Freshman of the Year honors after averaging 23.7 points per game in his rookie season. His points dipped slightly to 21.4 as a sophomore, along with his minutes, but he raised his averages in rebounds, assists and steals and shot better from the field, the 3-point line and the free throw line while decreasing his turnovers per game.

If Cole does come back from the draft and transfer, he would be the latest in a long line of top-tier players from the MEAC who have decided to pack it up after putting up big numbers at HBCUs. That list includes former NC A&T big man Femi Olujobi, former Howard guard James Daniel and former Hampton guard Deron Powers.