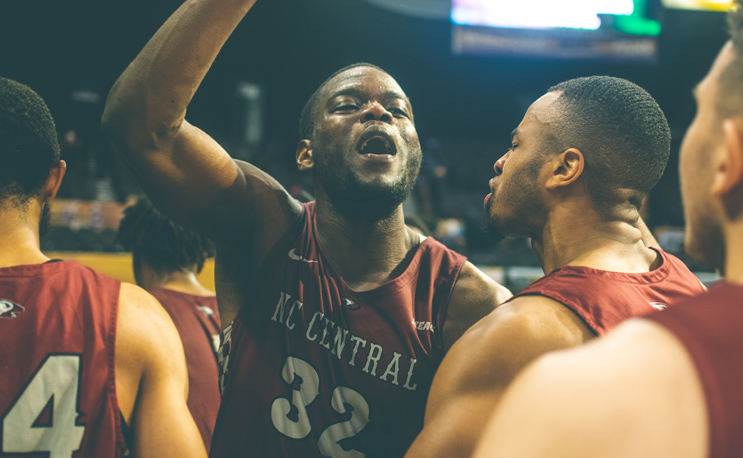 North Carolina Central is looking for its third straight MEAC title after beating rival North Carolina A&T in the semifinals on Friday night.

North Carolina A&T had gotten the better of its in-state rival in both regular season matchups, but the regular season, like A&T’s streak is over. NCCU is back in the MEAC title game for the third straight season after a 65-63 win over A&T on Friday night.

NCCU will face Norfolk State for the second time in three years with the MEAC title and a berth in the NCAA Tournament on the line.

Unlike their last matchup, this game was very close as both teams played tight defense and executed on the offensive side. It was a showdown and the stats proves it.

Both teams shot evenly, scored the same amount of points off turnovers and in the paint as well. A Larry McKnight three-pointer with 1:36 left in the second half proved to be the difference as the Aggies could not recover.

A MEAC title win on Saturday would give NCCU four MEAC titles since it became eligible for the tournament in 2012.