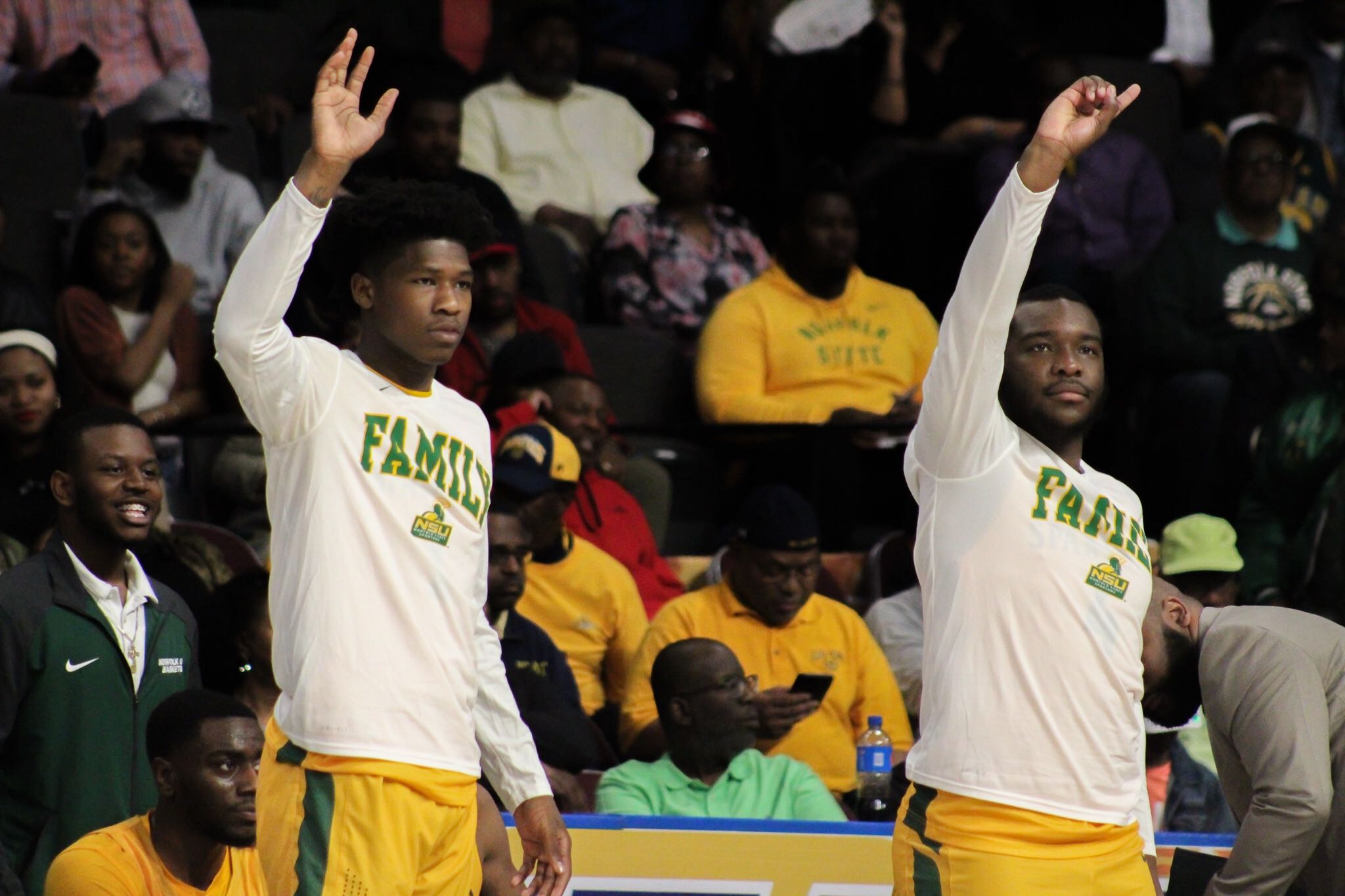 Norfolk State wins over Howard in the MEAC semifinals on Thursday. The Spartans will play either NC A&T or NCCU in the championship on Saturday.

Norfolk State is chasing history after a 75-69 win over Howard in the MEAC Tournament semifinals. The top-seeded Spartans are looking to make their first NCAA Tournament since 2012 and end their recent struggles in the MEAC tournament in the process. A chance at history is still alive for the Spartans.

The first half was a defensive stalemate as both teams tried to find their shot and get things going early. The Bison shot 37 percent from the field as R.J Cole and Charles Williams struggled. Zion Cousins had nine early points that kept the Bison in the game. The Spartans struggled as well, but Derrik Jamerson Jr. heated up towards the end of the first half. Jamerson Jr. made four three-pointers and boosted his team to an eight-point lead at halftime.

In the second half, the Bison ramped up their offense. HU scored more and truly had momentum on their side, but was held back by foul trouble. NSU made 17 free throws in the contest. Despite that, the game got very close towards the end. Both teams exchanged jumpers and upped their pace of play. Raymond Bethea and Chad Lott stepped up big for Howard down the stretch. Lott scored 21 points, points, mostly in the latter half. Again, what helped the Spartans was mainly the free throw line. The Bison committed a twice the fouls compared to the Spartans. NSU’s cool free throw shooting was a boost. HU’s Cole scored 19 points, but coach Robert Jones observed that his team did a pretty good job of limiting him. Cole missed 10 shots and was forced to pass the ball often.

Steven Whitley led NSU with 24 points followed by Derrik Jamerson with a 15-point game. The Spartans will return to the MEAC tournament for the first time since 2017, when they lost to North Carolina Central. Norfolk State will face either NC A&T or NC Central in the title game.