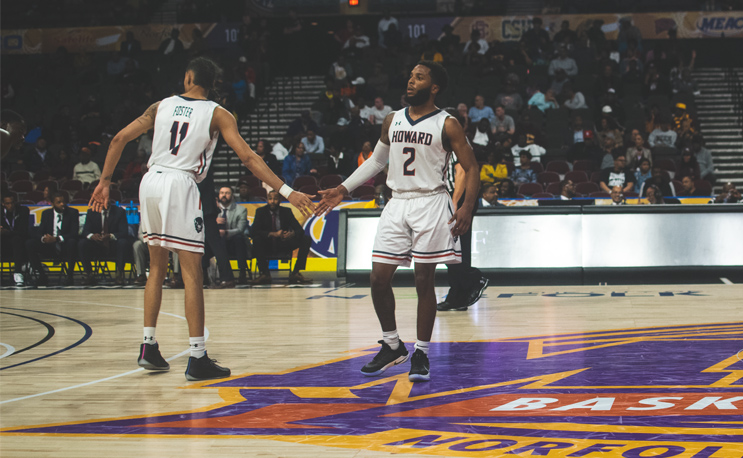 Howard and Norfolk State has been the most entertaining rivalry this MEAC hoops season. Part III is for (almost) all the marbles.

What do you do when your top rival leaves your conference? If you are Norfolk State and Howard, both rivals with former MEAC member Hampton, you now hate the team you love to hate, hates.

HU and NSU have already teamed up for two of the most memorable games in the MEAC this season, and now the two programs are set to for a high-stakes meeting in the Norfolk Scope. The winner of Friday’s rubber match game will punch its ticket to the MEAC title game on Saturday.

NSU fought its way into the card on Wednesday with a tough bout against South Carolina State. HU sealed its spot after a slightly less contested spar with Bethune-Cookman on Thursday.

Howard used a hot start from MEAC Player of The Year RJ Cole to get a sizeable lead on BCU in the first half, rode the hot hand of CJ Williams in the second half and freshman guard Jalon Bethea sealed the deal with some timely three-pointers in the win.

The first matchup between the two teams was memorable for two reasons. First, Howard held a 24 point lead in the second half, which NSU turned into a two-point win. After the game, a brawl ensued that spilled off of the court before being contained. When the dust settled a total of six players were suspended and Howard coach Kevin Nickelberry was put on leave during the investigation.

The rematch occured a little over a week ago as Howard handed Norfolk State a 98-95 home defeat, giving NSU just its second MEAC loss all season. Cole scored 36 in the win, including the game-winning 3-pointer with 1.1 seconds left.

“I just think its basketball teams wanting to win,” Cole said after Thursday’s win. “We both have the talent to win the game, and at the end of the day, it’s who wants to win more.”

As impressive as that win was, Howard will have to bring its A-Game again if it wants to continue its season and get one step closer to its first MEAC title since 1992.

Friday’s game will techically be neutral, but that will be in name only. NSU is the de facto home team of the MEAC Tournament, and will surely paint the Scope green by the time the game tips off at 6 PM.

NSU has a number of offensive weapons. There’s long-range bomber Derrick Jamerson. There’s Steven Whitley, a bulky slasher/scorer. There’s Alex Long, a rangy big man who is aptly and perfectly named. And the list goes on.

Still, Howard has a puncher’s chance to pull off the upset if it can play defense and give Cole the help he needs to knock off a team that knows how to win close games.