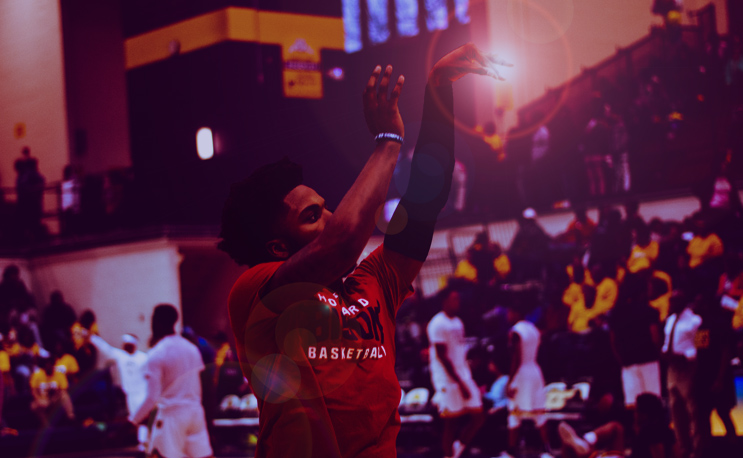 The last time Howard won the MEAC title, George H.W. Bush was the president. With RJ Cole and CJ Williams, HU has a shooting chance.

Howard star R.J. Cole, the newly minted MEAC Player of The Year, both ended the MEAC regular season and started the postseason with a bang.

Cole hit a deep 3-pointer with 1.1 remaining to give Howard a 98-95 win over champ Norfolk State. The win was the eighth in a row on the road for and clinched the fourth seed in the MEAC Tournament for the team from D.C.

The loss was just the second in the conference for NSU, who will hold the top seed in the upcoming tournment in addition to being the home team for the tourney. The MEAC Tournament will be held at the Norfolk Scope, about 10 minutes from NSU’s campus.

The Bison will roll back to Virginia with plenty of reason for optimism. They had the Spartans down by more than 20 points at home in The Burr before a meltdown that ended in a brawl. And they’ve shown that they can win on the road, and in Norfolk. They will also have a week to rest before taking on a talented Bethune-Cookman team.

It’s been a long time since Howard claimed the MEAC title. Twenty-seven years to be exact, more than half a decade since any of the current players on the team were born. The year was 1992 and HU won the MEAC with a 17-13 record, winning by four, three and two points in the tourney to claim the bid before bowing out to Roy Williams and Kansas.

That’s a between conference tournament wins, especially for a team located in a basketball Mecca like Washington D.C.

The MEAC also has a history as well, one of in the tournaments. Only 40 percent of the time has the top seed in the tournament able to claim the conference’s automatic bid. Three times since the tournament moved to Norfolk in 2013 a sixth seed or lower has cut down the nets, including last season.

The problem for Howard all year, though, has been on the defensive end, where it gives up 78.5 points per game. Only Savannah State allows teams to score more.

It’s unlikely Howard will turn into the 2000s Pistons over the next week, but if it can get past a Bethune-Cookman squad it split the season series with, it could matchup against the NSU in the semifinals. And as we’ve seen this season, anything can happen when those two get together.