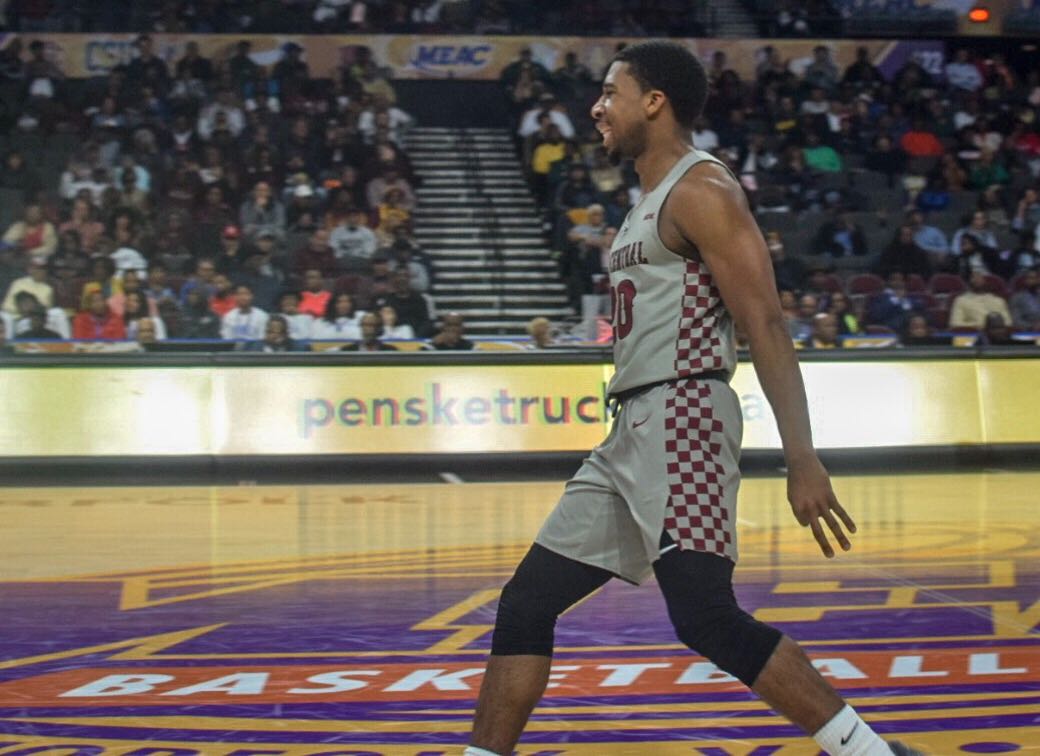 North Carolina Central put together a solid performance from start to finish, beating Delaware State 75-57 and advancing to the semifinals of the MEAC Tournament for the third straight season.

The win means NCCU will face arch-rival and no. 2 seed North Carolina A&T on Friday night in the semifinals for a shot at a third-straight MEAC title. Don’t tell Eagle coach LeVelle Moton that, though.

The first half was all NCCU. NC Central shot a blazing 60.7 percent from the field thanks to 6-for-13 shooting from beyond the 3-point arc and blizzard of dunks by McKnight and Raseean Davis, who had 10 points and six rebounds.

Friday’s match-up against A&T will be the second time the two teams have matched up in eight days. A&T beat NCCU 74-52, completing a regular season sweep.