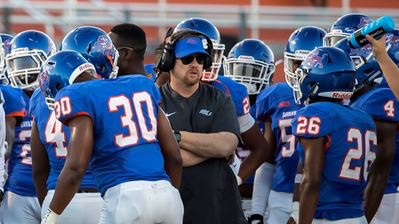 Quinn, who has been serving as the SSU interim head football coach since December 2018, will take over a program that is making the transition from Football Championship Subdivision (FCS) to Division II.

Hired in February 2018 as the Tigers’ defensive coordinator and linebacker coach, Quinn led a defense that finished the 2018 season ranked first in the Mid-Eastern Athletic Conference (MEAC) in pass defense (138.5 yards per game), and second in total defense (316.2 yards per game). SSU finished third in the FCS in pass defense and 19th in total defense.

Quinn came to Savannah State from The Citadel where he served as a defensive analyst for the 2017 season. Before that, he was the assistant head coach/defensive coordinator/linebackers coach at Tennessee Tech University (2016-17).

A four-year starter along the defensive line at Carson-Newman College, Quinn was an All-South Atlantic Conference (SAC) selection, helping the Eagles claim four conference championships. He graduated with a degree in history and political science in 1995 before earning a master’s degree from Lincoln Memorial University.