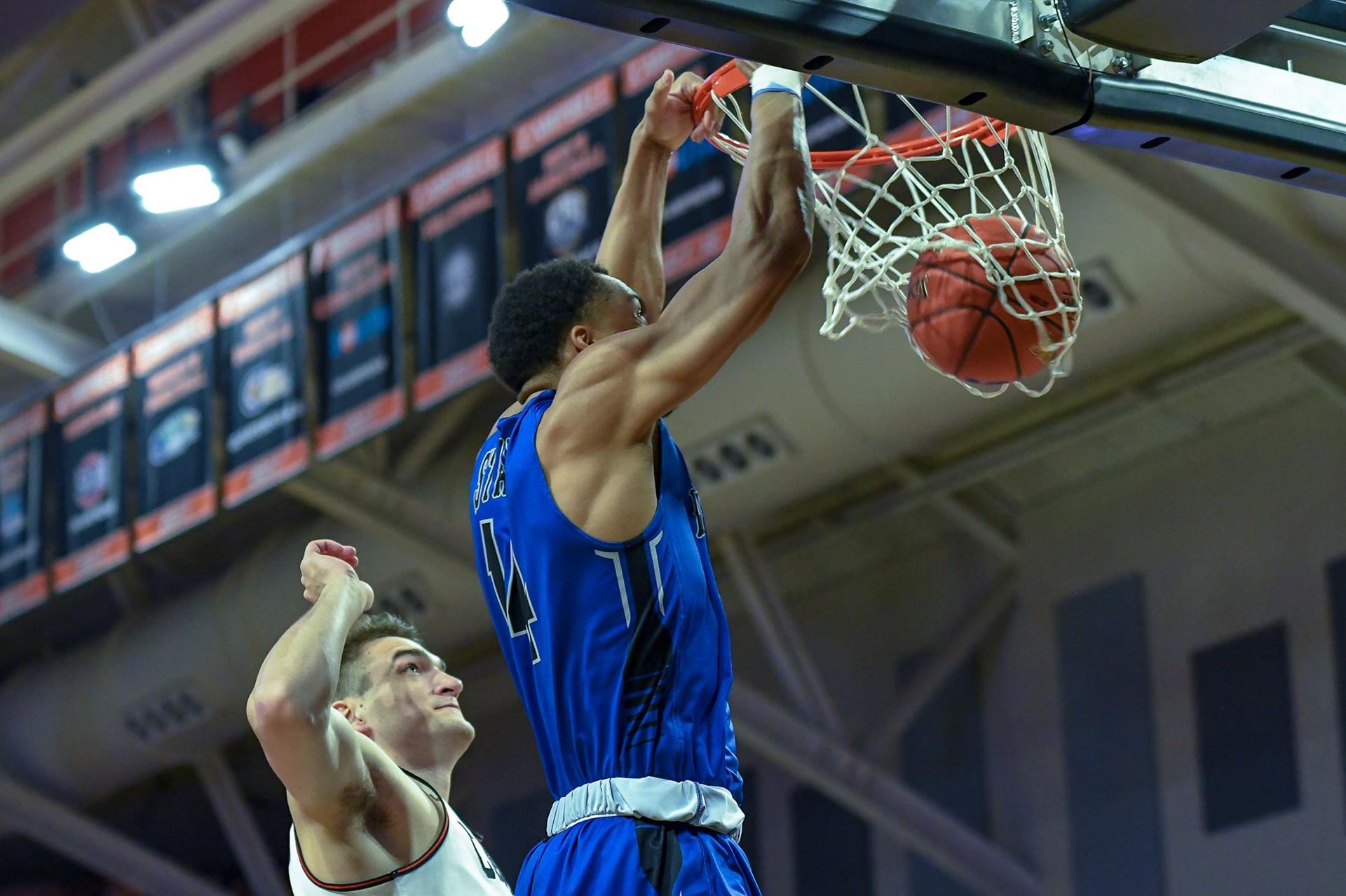 Pirates were virtually perfect at the free throw line but it was not enough.

BUIES CREEK, N.C. – In a game that saw 14 lead changes with 12 coming in the second half, Jermaine Marrow paced four in double figures with 22 points as Hampton fell to top-seeded Campbell 86-77 in the quarterfinals of the Big South Conference Tournament on Thursday night.

Greg Heckstall came through with another double-double with 16 points and 12 rebounds, while Kalin Fisher and Akim Mitchell each scored 10 points for Hampton.

Hampton’s only lead in the first half came on a Heckstall layup with 9:19 left for a 23-22 advantage.  Campbell outscored Hampton 16-8 in the final 5:08 to pull away for the win.

Hampton set a school record for single-game free throw percentage as they were 17-of-18 for a 94.4 percent clip.  The previous record was 94.1 percent set in 2001 against Coppin State going 16-of-17.  Just behind that was the first round game Tuesday with Longwood as Hampton was 30-of-32 (93.8 percent).

Chris Clemmons topped Campbell with 34 points going 17-of-19 from the foul line, including 14-of-15 in the second half when he scored 20 of his 34 points.