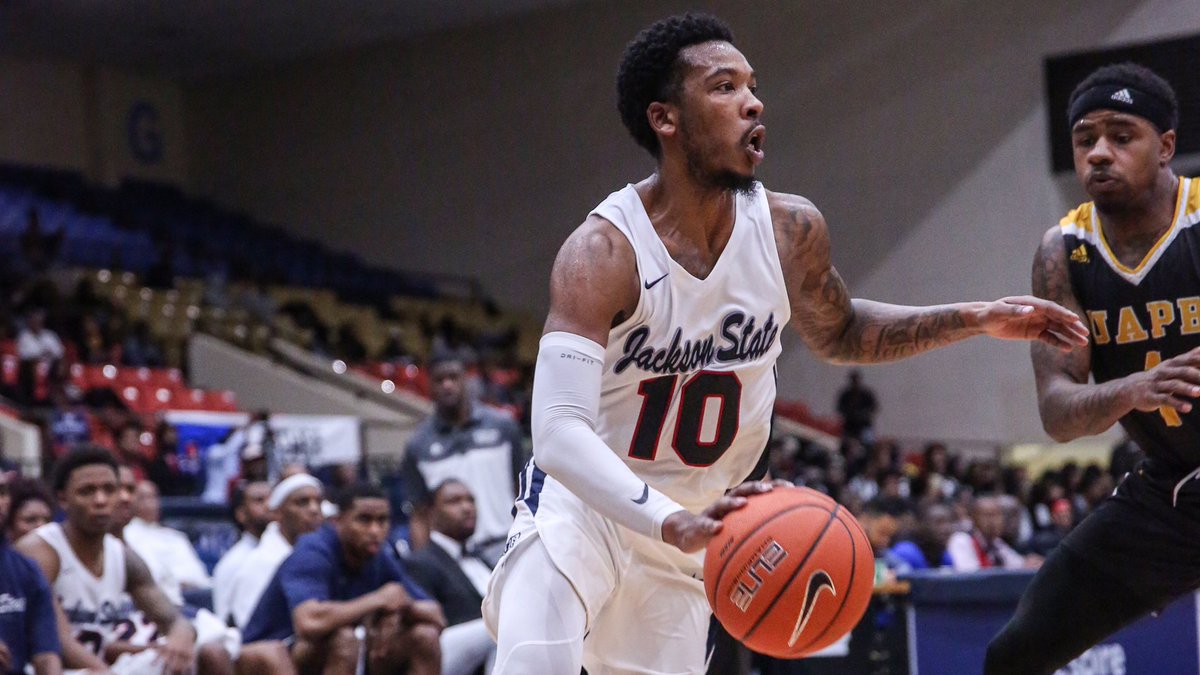 When JSU hosts Texas Southern on Monday evening, things will not be much easier for the Tigers.

Jackson, Miss. – Defense has been the staple for the Jackson State men’s basketball team. Crashing the boards, playing with lots of passion, limiting its opponents scoring opportunities and getting on the ground and fighting for loose balls are signature focal points for Tigers head coach Wayne Brent and his team.

After three consecutive SWAC losses – one to Alcorn (66-52), Southern (76-67) and Prairie View (79-66) – the overarching theme surrounding these games reside in the lack of defense from the Tigers. While Jackson State remains atop the Southwestern Athletic Conference (SWAC) in scoring defense (giving up 66.5 points per game), Jackson State had been giving up only around 55 points.

“As long as we give up 55 points, we got a chance to win,” Brent said last week in his weekly press conference.

However, against Prairie View on Saturday evening – the No. 1 ranked team in the conference — the Panthers scored 50 points in the first half and the Tigers turned the ball over 16 times, resulting in 25 points alone off turnovers for the Panthers.

And for Brent, this is not the style of basketball he wants nor does he want to see from his team in the most critical stretch of the season.

“We just had to play a lot different than what we wanted to play and I think that was huge in the game,” Brent said after the game Saturday evening.

“They put so much pressure on us, pressing us full court. We did not do a great job of handling the basketball. We had too many turnovers.”

Brent said the lack of defense in Saturday’s game stemmed from the early foul troubles of forward Jayveous McKinnis — a major defensive force and shot blocker for the Tigers in the paint – forcing to him come out of the game.

“Once Jay got out the game, we did not have that protection back there on that back line,” Brent said.

“Now, they can get to the goal, score and now they making shots from the perimeter and now it’s really tough to defend them just because they were scoring from so many different angles.”

With the second game now behind them in a three-game home series with arguably its toughest competition, Jackson State (9-16, 6-6) went from being tied for second place in the SWAC race to sixth after three straight losses. And when JSU hosts Texas Southern – the second best team in the conference – Monday evening at the Lee E. Williams Athletic and Assembly Center, things will not be much easier for the Tigers.

“We just got to pin our ears back and get ready to play.”

Texas Southern (13-11, 8-3) enter Monday’s game coming off an 86-85 victory over Grambling Saturday evening. TSU will hope to earn another win to keep pace with its Texas rival Prairie View (12-12, 10-1) for the top spot in the conference.

“They are going to come in on a high,” Brent said.

When the two teams played in January, Texas Southern defeated Jackson State 75-65, snapping a two-game losing streak. JSU led 40-38 at halftime as the Tigers had one of its better shooting performances, finishing the first half at 55.2 percent (16-of-29) from the floor and a huge factor in what kept the game close in the first meeting. In the second half, however, TSU was able to pull away but partly due to the Tigers struggles to score as they shot only 30.8 percent (8-of-26) from the floor.

Texas Southern finished the game shooting 52.1 percent (25-of-48) from the floor including 52.9 percent (9-of-17) from three-point range, something the Tigers will look to duplicate in Monday’s matchup against JSU.

Much like JSU saw with Prairie View, Texas Southern has a lot of talent at its guard and forward positions. Players to watch out for include guards John Jones, Jalyn Patterson and Tyrik Armstrong and forwards Jeremy Combs and Justin Hopkins.

Combs, the second leading scorer in the conference, averages 15.4 points per game and sits atop the conference in rebounds per game with 8.5. Patterson averages 11.9 ppg and 3.8 assists (fifth most in the SWAC). Both Patterson and Combs came to Texas Southern with Jones from LSU, his previous head coaching job.

Against JSU in January, Jones led TSU in scoring with 21 points off 7-of-8 shooting from the floor and 5-of-6 from beyond the arc. Hopkins and Armstrong combined for 18 points and 12 rebounds. The “Tigers from Houston” also outrebounded JSU 37-24.

As a team, Texas Southern leads the league in scoring offense (allowing 78.8 ppg), first in three-pointers made per game (7.5) but sits at the bottom of the conference in scoring defense (giving up 79.6 ppg).

“It is no way we can come out and let Texas Southern start like Prairie View started,” Brent said.

While it is known that the Tigers only score within the 60-point range, Brent said it will be important for his team to get back to controlling the tempo of the game in favor of their style of play.

“Teams are putting so much pressure on us in the backcourt, they are speeding us up and making us play faster than what we want to play and then it is throwing us off rhythm,” Brent said.