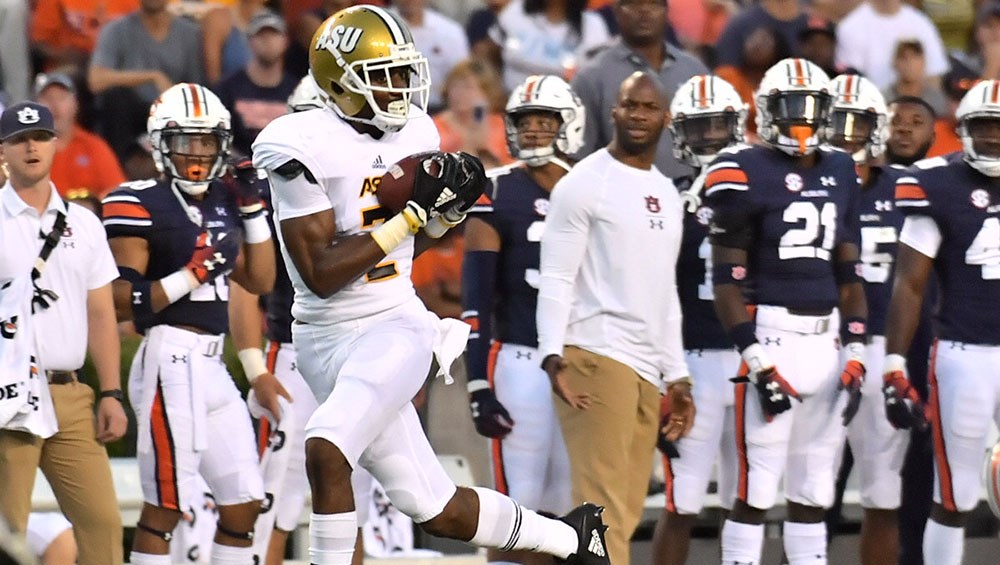 MONTGOMERY, Ala. | The Alabama State Department of Intercollegiate Athletics released the 2019 football schedule Thursday afternoon, a schedule that includes five home games and two others in-state.

Alabama State (4-7 a season ago) opens the season on the road in-state in Birmingham, facing UAB on a Thursday night (August 29). The game will be played inside Birmingham’s historic Legion Field, the first of two games for the Hornets inside the stadium this season.

The Hornets open up the home portion of their schedule against Tuskegee in the Labor Day Classic September 7, in a game that has been the season opener the last two seasons. The game will be played the weekend after Labor Day due to an NCAA rule that does not allow NCAA Division II teams to play before September 1.

The game is the first of four consecutive home games for the Hornets, playing three inside ASU Stadium in the month of September. The Hornets face Kennesaw State for the third consecutive season, facing the Owls – an FCS playoff the last two years – at home September 14, before they open conference play against Grambling State September 21.

Alabama State hits the road October 12 in their first road conference game, facing Jackson State before getting a week off to prep for the Magic City Classic on October 26 in Birmingham’s Legion Field against Alabama A&M.

The Hornets finish off the regular season against Prairie View A&M in the Turkey Day Classic, the second consecutive year that the Hornets will face a conference member in the contest.

Season tickets will go on sale for football beginning April 1. For those interested in season tickets, contact the Alabama State University Ticket Office at (334) 229-4551.

The themes around each of the five home games were also announced this afternoon that the Labor Day Classic against Tuskegee. The Hornets will host CommUniversity Day (Faith and Family Night) against Kennesaw State, followed by Greek Unity Day against Grambling State to close out September.

The Hornets will also hold “Beat Out Breast Cancer/Pink Game” and Connection Day against Alcorn State, before hosting Prairie View A&M for the Turkey Day Classic.