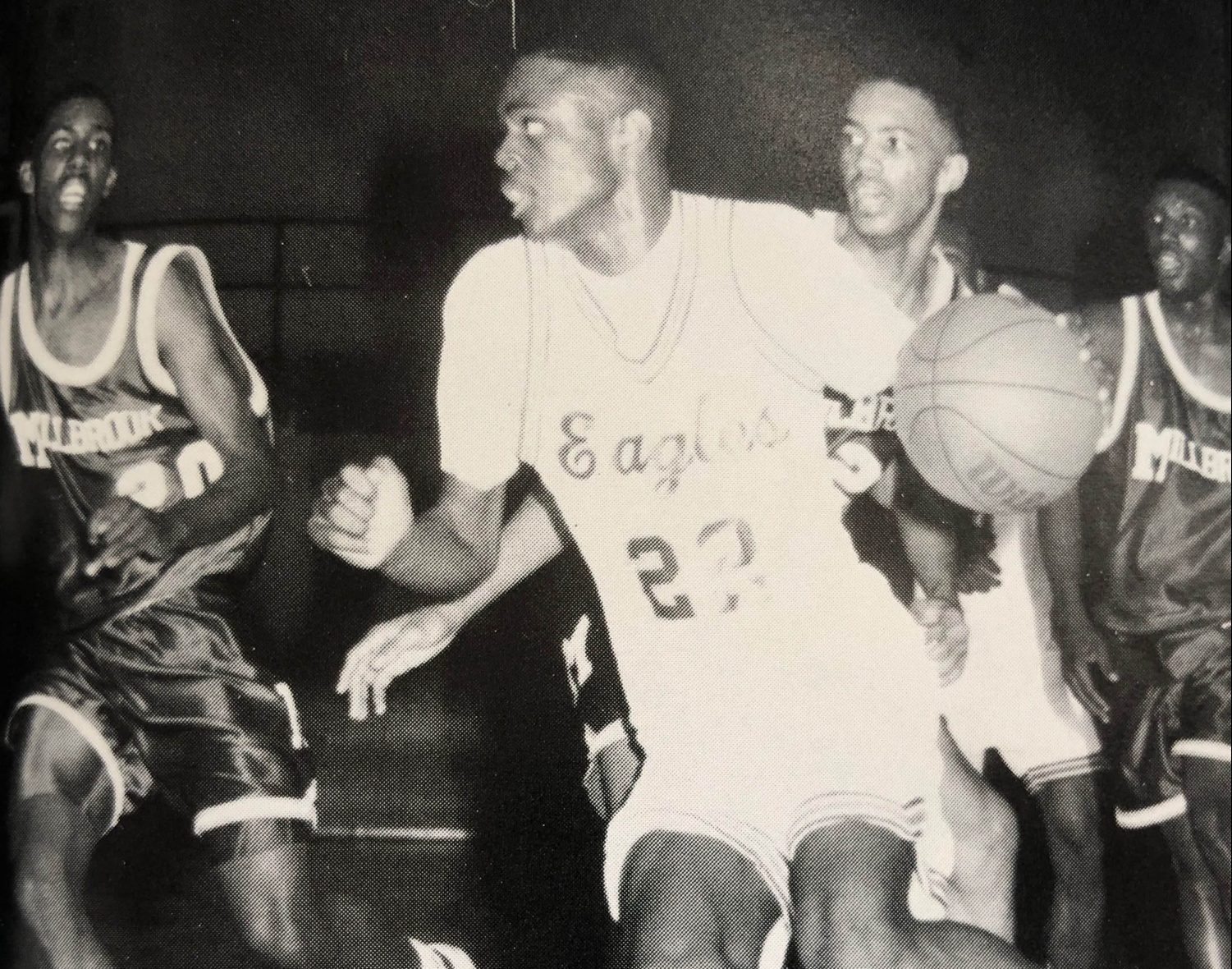 Before becoming a NCCU Eagle, LeVelle Moton was a star for the Enloe Eagles.

All three played for Enloe High School in Raleigh, North Carolina. Moton played three years of varsity basketball before graduating in 1992. He was recruited by ACC schools like Wake Forest and NC State but ultimately decided to attend North Carolina Central. He calls it the craziest and best decision of his life.

He found himself in a unique set of circumstances that disrupted a potential ACC career. He was intent on signing with NC State but the program was about to go on probation and Moton was scared off by that. Wake Forest wanted him to sign early on and when he didn’t they moved on to Rusty LaRue. Former NCCU coach Greg Jackson seized the opportunity and the rest is proverbial history.

Moton went on to become the third leading scorer in school history and inducted into the NCCU Hall of Fame in 2014. He is now the charismatic coach at his alma mater. His jersey was retired by the Eagles in February 2018.

It all began in Raleigh under another former CIAA player, Frank Williams, who played at Elizabeth City State University. Williams coached Moton on the junior varsity team as a freshman and reunited with his star player when he took over the varsity program during the 1990-1991 season at Enloe..

Williams was a coach who demanded the very best of each player on his roster. He was intimidating and not the coddling type by any stretch of the imagination, which was much closer to normal then as opposed to today’s climate.

There was a moment when the two personalities collided and Moton briefly quit the team, but it was short-lived. A private conversation in the locker room set the two back on track. He credits Williams as being hugely instrumental in his basketball career moving forward.

“My college life and my professional basketball life was so much easier because my toughest coach was in High School. I’m glad he prepared me for that and it’s helped me to become a better father,” Moton said when speaking of Williams.

Moton’s jersey, no. 22, has a special meaning for him. He switched to the number midway through his high school career as a tribute to teammate Victor Harris. The two were teammates in high school and in AAU basketball. During an AAU tournament, Harris suffered a heart attack and was forced to quit playing competitive basketball. Moton began to wear his number as Harris could only watch from the sidelines. The health issue certainly ended what would have been a college playing career for the dominant big man. Harris went on to study and graduate from Winston-Salem State University.

Following in the footsteps

Moton was following in the footsteps of Nate McMillan at Enloe High School. McMillan, who graduated in 1982, brought the no. 10 to great heights during his career as a point guard before eventually making it to the NBA. McMillan played at Chowan College and later NC State before being selected by the Seattle SuperSonics in the 1986 NBA draft. McMillan played for 12 seasons and has been coaching in the league since 2000. He is currently the head coach of the Indiana Pacers.

P.J. Tucker is a 2003 graduate of Enloe, and went on to play three seasons at the University of Texas before making it to the NBA. Tucker was drafted in the second round of the 2006 NBA Draft by the Toronto Raptors. He is currently a member of the Houston Rockets.