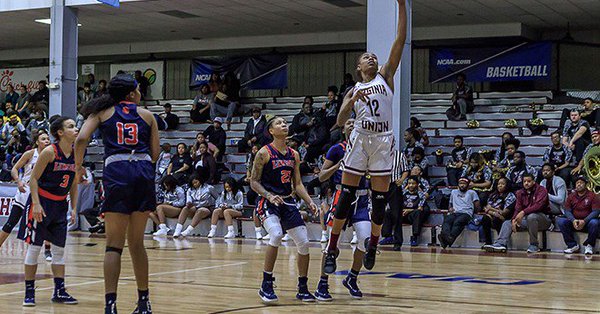 Virginia Union collected two gritty, down-to-the-wire road wins against Bowie State on Wednesday. They hosted Lincoln on Saturday in hopes of continuing both the men’s and women’s respective win streaks.

The women’s game was not much of a toss-up. VUU led LUPA 20-5 at the end of the first quarter and went into halftime with a 40-18 lead. Lincoln was outscored 36-22 in the second half of play and trailed throughout regulation. LUPA’s top-scorer Kwanza Murray contributed 16 points and seven rebounds in the loss. VUU’s Jasmire Carter led in scoring and ended with an 18 point, 18 rebound double-double that she secured at halftime.

Narrow, but a win

The VUU men surely will make you watch the entire time. VUU and LUPA knotted scores six times throughout the first half. Tied at 32, VUU’s Terrell Leach made a clutch jumper seven seconds before halftime to take a 34-32 lead over LUPA. After the half, Union took the lead in less than a minute and never relinquished it for the rest of regulation. VUU narrowly outscored Lincoln 44-43 in the second half. Lincoln’s Dequan Williams put up a double-double of 18 points and 15 rebounds in the defeat. Union’s Terrell Leach led in scoring with 25 points.

Win as a Team

Union’s men and women both had multiple players put up double figures in the home victories. For the women, Jasmine Carter led with 18 points and 18 rebounds, Bianca Lockamy followed with 13, Shareka McNeill contributed 12 and Ifunanya Okoye closed it out with 11 points. In the men’s game, Leach led with 25 points, Will Jenkins put up a double-double with 24 points and 12 rebounds and Demarius Pitts sealed it with 15 points.

Virginia Union will get back on the road for a doubleheader against Elizabeth City State on Wednesday, January 30.