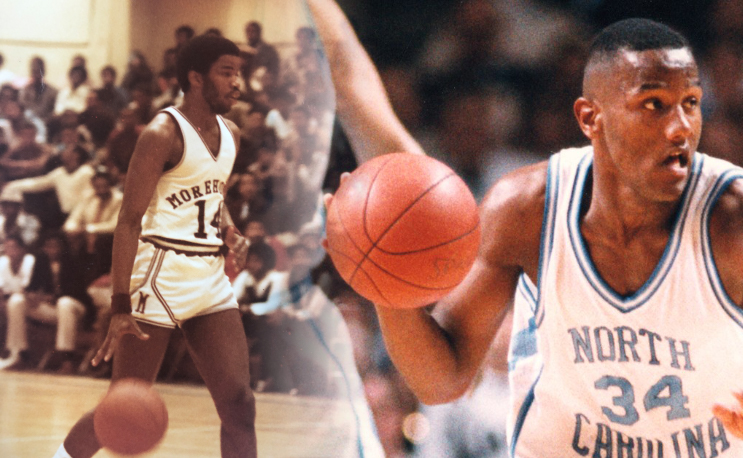 Brewer and Lynch set to match wits for the first time.

ATLANTA–George Lynch knows about college basketball rivalries, he starred in four years of the epic Duke vs North Carolina showdown. On Saturday he’ll coach in his first Clark Atlanta vs Morehouse AUC showdown. If you think the Tobacco Road rivals are like next door neighbors, CAU and Morehouse must be conjoined twins.

“Coach (Darrell) Walker told me about it. You can look it up on YouTube, the crowd, the gym is packed, standing room only. So I’ve been in a few rivalries myself so I know what to expect,” said CAU head coach George Lynch.

He’s been around enough basketball in his storied career so he shouldn’t be phased but the crowd is one thing, the opponent is a different set of circumstances.

Morehouse is 15-2 overall while Clark Atlanta is 9-9 after shrugging off a slow start to the season.

“It’s starting to come around, guys are gelling, they are figuring out who can do what. The rotations are settling in and we had a great practice yesterday (Wednesday),” said Lynch.

Wake up call for Morehouse

Morehouse has won two games in a row this week after being upset at Benedict last week. The loss came on the same day that the Maroon Tigers received their highest ranking ever, no. 3, in the NABC poll.

Coach Grady Brewer says that he could sense the loss coming about three games out. He warned his players not to read their own press due to their success but the lack of focus finally caught up to the team.

“The sign for me was in the warm-ups at Benedict. My guys were doing a dunk contest for the Benedict crowd. I normally stop that but I knew that we had to go through to come out. So we went through and hopefully we come out as a better team down the stretch here.”

Don’t feel bad for the Tigers, it was just their second loss of the year and they are still nationally ranked. They also have the edge in the rivalry with the current crop of players.

Morehouse won in triple-overtime last season at Clark Atlanta and escaped with a five point win in the season finale in its own gym.

Tip-off is scheduled for 6pm on Saturday, HBCU Gameday will host this week’s Fastbreak from the game and we’ll have a full recap on Saturday night.