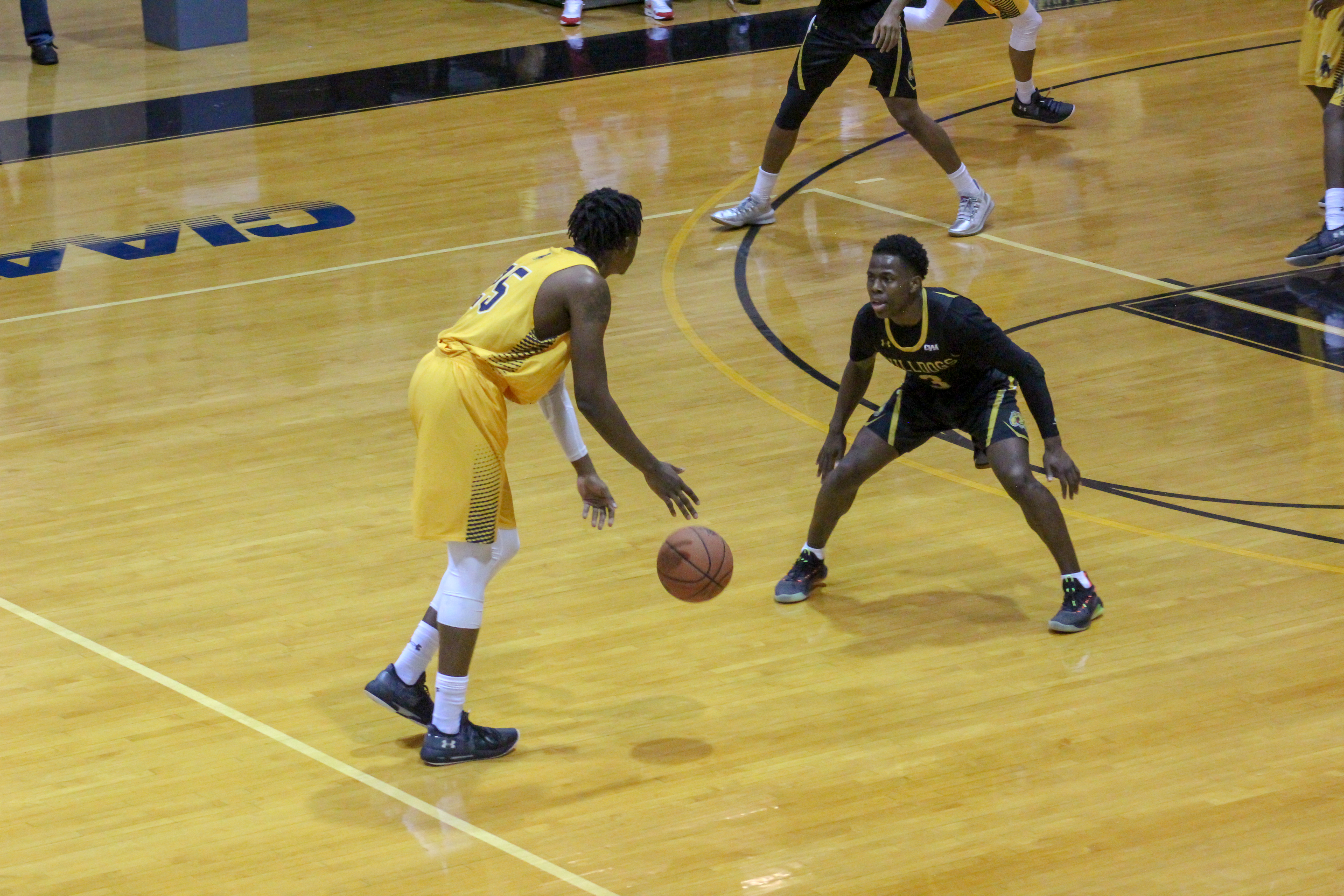 BOWIE, MD–Coming off a slight two-game losing streak, the Bowie State Men’s Basketball squad looked for its remedy against Johnson C. Smith. They found it as they won, 67-65.

Their defense set the tone as the Bulldogs held the Bulls to 28% shooting in the first half. The Bulls kept up through the free throw line and aggressive rebounding. Keith Duffin led everyone with 12 points. He shot perfect from the floor during the first half and made 50% of his free throws.

Yohance Flemming was everywhere for the Bulldogs. He gained seven rebounds, three assists, two blocks, and six points. Duffin finished with 16 points, only scoring four points in the second half. Roddric Ross gave BSU some real issues. He scored 16 points and grabbed six rebounds during the contest. Cayse Minor’s 10 points were crucial down the stretch as well.

Overall, the Bulldogs had a tough night shooting; their free throw shooting kept them afloat and delivered them a close win at home.