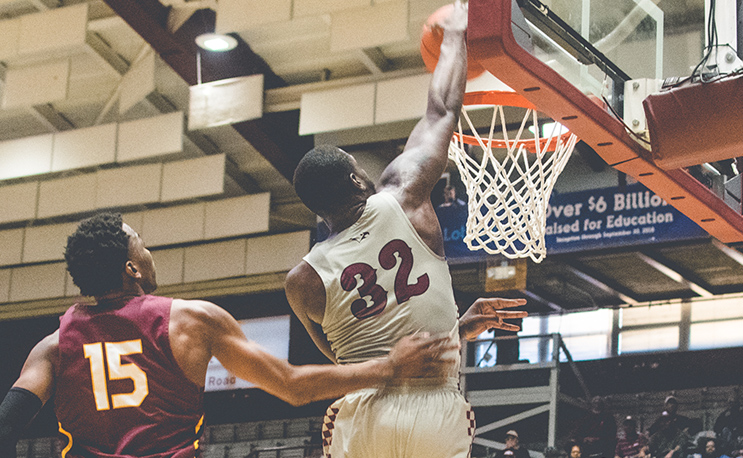 Bethune Cookman was picked to claim the MEAC title in March. But NCCU opened January with a statement win.

Saturday’s crowd in Durham, NC didn’t look like much upon arrival to McDougald-McLendon Arena. Classes had yet to resume for the spring semester, so the crowd on Jan. 5 wasn’t large as North Carolina Central tipped of conference play against Bethune-Cookman.

But both the crowd and NCCU basketball showed up and showed out. The defending MEAC champs, NCCU, beat the predicted MEAC champs, Bethune-Cookman 68-59.

Its only one game, but considering three teams in the MEAC split the regular season title last season, one January game could loom large come March in Norfolk.

Bethune Cookman started the season being picked by MEAC voters to be the top team in the league. That’s a position it had never claimed nearly 40 years after coming from the SIAC. One of the the three aforementioned teams to claim a share of the regular season last season, BCU entered the season with the momentum of a suprise rise in 2018 and a talented core returning.

To be fair, several of those key players were not active on the road in North Carolina on this warm January night.

Isaiah Bailey, a 6’6 guard who is likely one of the best athletes in the MEAC, won’t see the court this year. He tore his ACL earlier this year and is out for the season. It’s a devastating, potentially season-altering injury for the would-be champs. Also out on Saturday was veteran big man Soufiyane Diakite.

Regardless of who showed up for BCU on Saturday, NCCU had a point to prove. The two-time defending champions were picked to finish behind BCU and don’t think the players didn’t notice. The team returned several key players from last season’s team, several of whom played big roles on Saturday.

The Eagles were led by Raasean Davis, the MEAC’s premiere big man. The big cog in the office scored 16 points and grabbed 12 rebounds in the win. Sophomores Reggie Gardner and Jordan Perkins had solid games as well, scoring 12 points each with Perkins steering the offense with five assists.

NCCU also got a big contribution from Larry McKnight went 6-for-6 from the field for 12 points.

It will need those type performances if it is to stay on top of the MEAC. But as BCU learned on Saturday, the king is not dead.